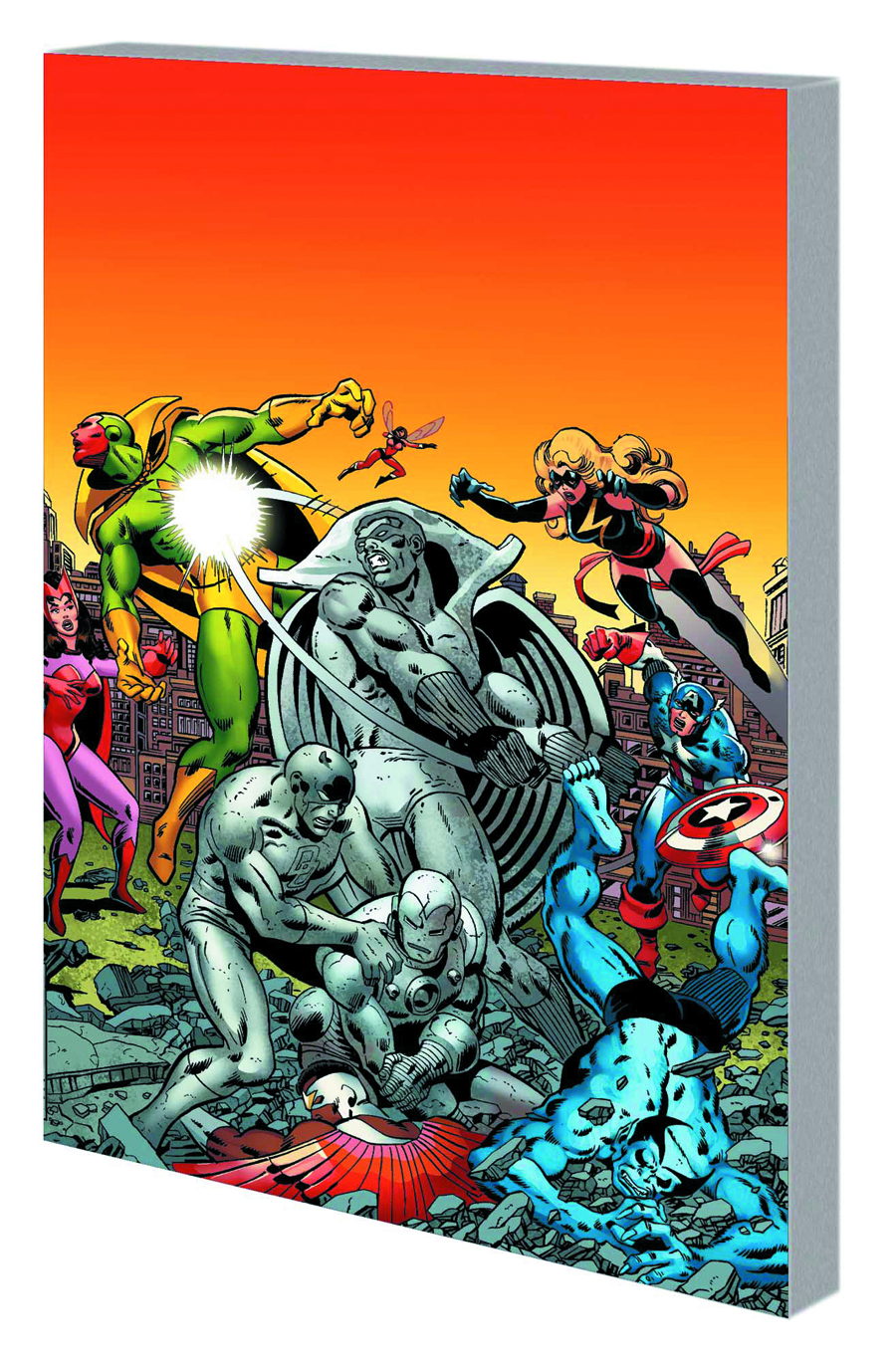 FEB130643
(W) Various (A) Various (CA) George Perez
It's a cornucopia of classic Avengers action as Earth's Mightiest Heroes travel to Russia to face the Elements of Doom, and then battle the WWII-era Arsenal robot and learn its shocking ties to Iron Man's family! Meanwhile, an out-of-work Hawkeye takes a security job and clashes with the vicious alien princess Deathbird! Plus: The Avengers are called before Congress, battle the stone-faced Grey Gargoyle, face the new Inferno and deal with the meddling machinations of government liaison Henry Peter Gyrich! But when the team investigates a cry for help from a mental hospital, they discover a deadly new foe: Who is the terrible Taskmaster? And how can the Avengers hope to stop him when he can match every single fighting move they have to offer? Time to get creative! Collecting AVENGERS (1963) #188-196 and ANNUAL #9.
In Shops: May 08, 2013
SRP: $24.99