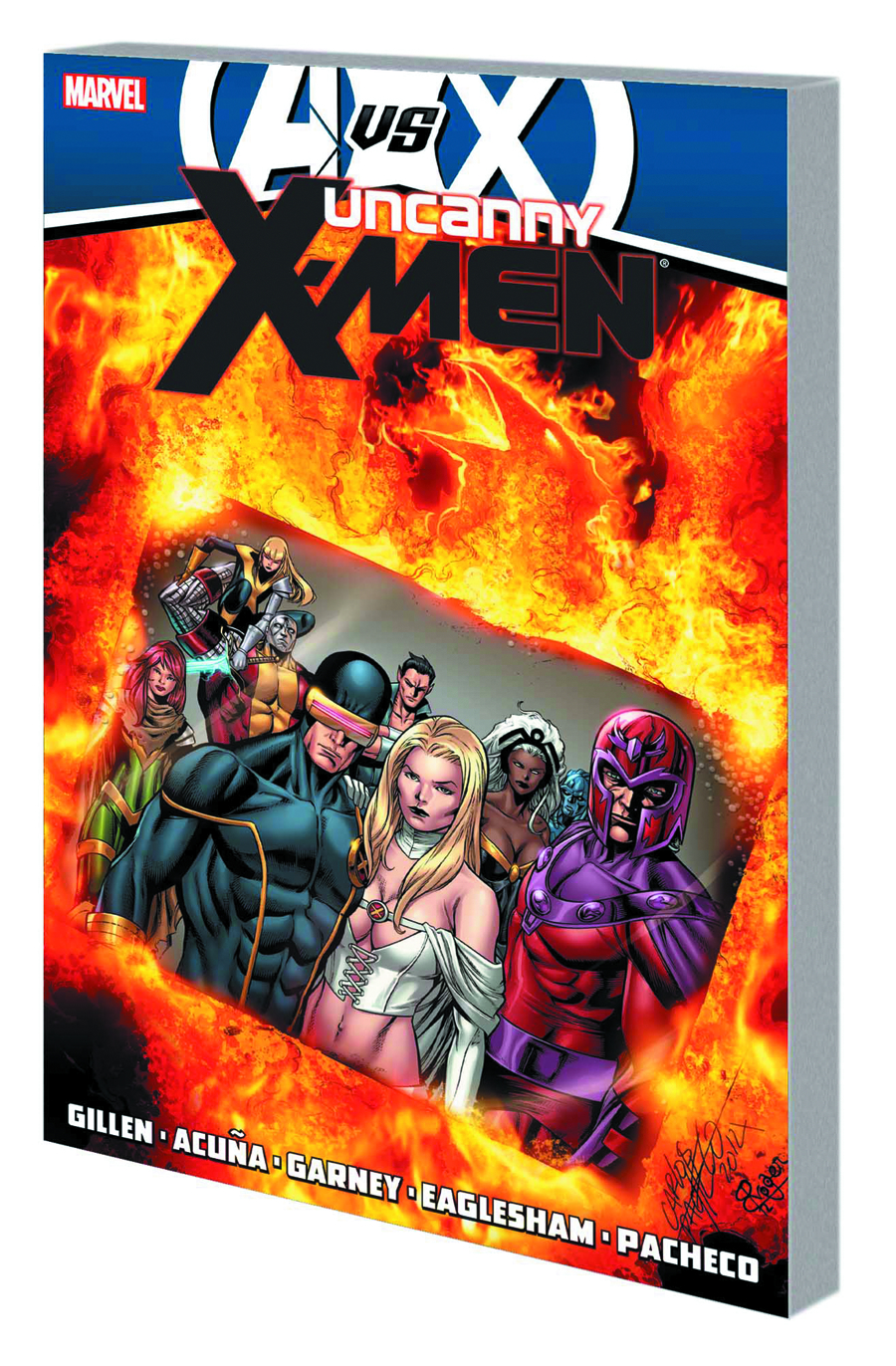 FEB130639
(W) Kieron Gillen (A) Various (CA) Carlos Pacheco
AVX tie-in! Even gods may fall! Five X-Men - Cyclops, Emma Frost, Namor, Colossus and Magik - have been imbued with the cosmic Phoenix Force, becoming living avatars of destruction and creation. They have transformed Earth into a Utopia - but deep under-ground, Hell awaits. Mr. Sinister, mutant geneticist and longtime X-Men foe, has created an entire city and populated it with his own clones. The Phoenix Five set out to exterminate Sinister, but even the Phoenix Force's power can't prevent them from walking into a trap. As Cyclops and his team investigate Sinister London, they have no idea they'll soon be facing weaponized X-Men clones, forgotten faces from their past and - for the first time since they bonded with the Phoenix - the very real threat of total defeat and death. Collecting UNCANNY X-MEN (2012) #15-20.
In Shops: May 22, 2013
SRP: $19.99
View All Items In This Series