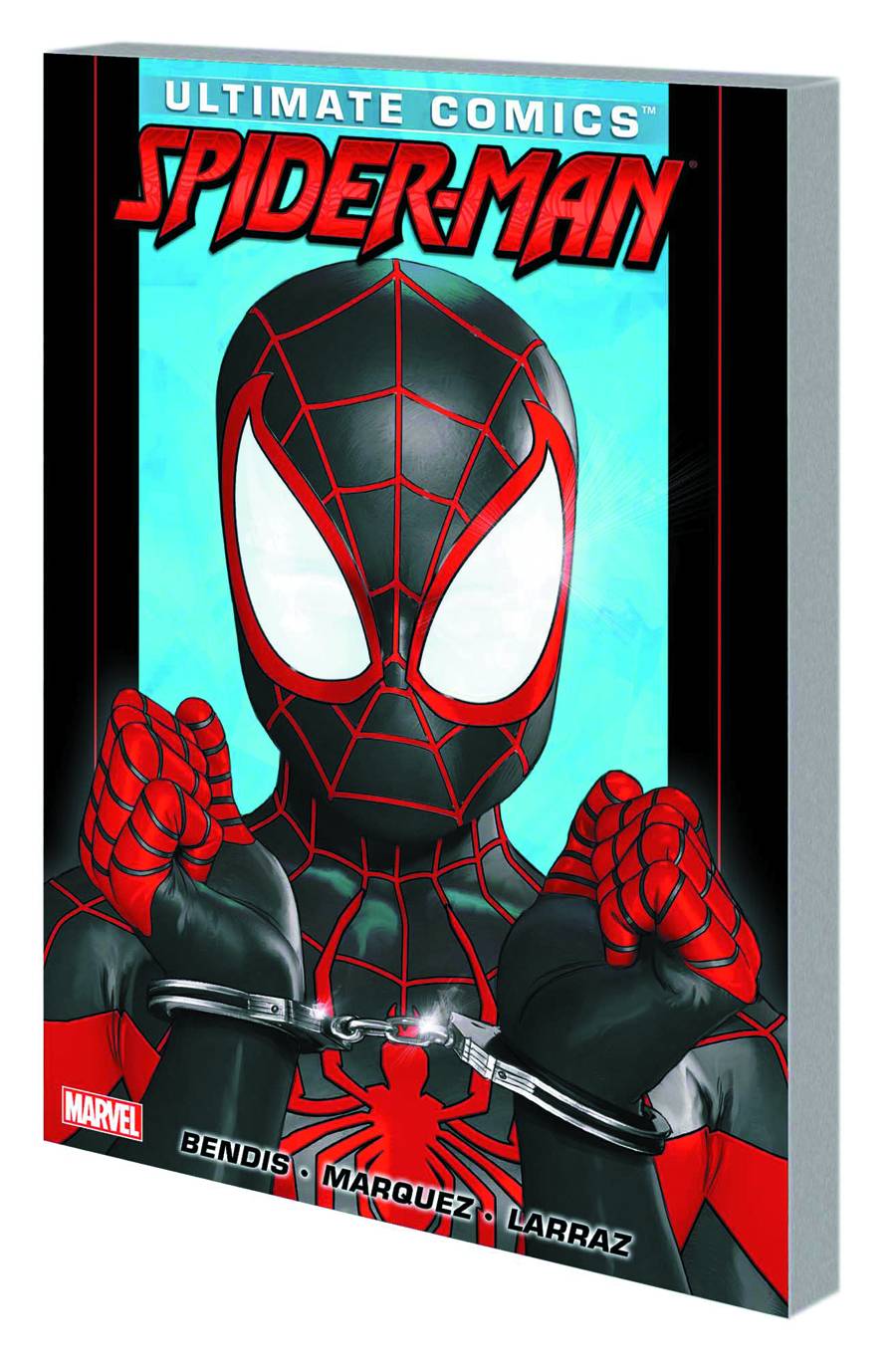 #
FEB130637
(W) Brian Michael Bendis (A) David Marquez, Pepe Larraz, Gabriel Hernandez Walta (CA) Kaare Andrews
Nick Fury has declared Miles Morales a super hero; now, it's time for that super-hero rite of passage: the team-up! But the new Spider-Man's first team-up couldn't possibly be with the Prowler, could it? It will be if it's up to Miles' Uncle Aaron, who's not above resorting to threats to get his way. It's a titanic battle of wills between uncle and nephew - with the Scorpion caught in the middle! Then, it's the ultimate event in the life of any super hero: that day, unlike any other, when Captain America comes calling. With the nation at war, young Spider-Man heeds the call of duty - but is Spider-Man really going to join the Ultimates? Plus: The secret connection between Miles Morales and Spider-Woman revealed! Collecting ULTIMATE COMICS SPIDER-MAN (2011) #11-18.
In Shops: May 08, 2013
SRP: $19.99
View All Items In This Series