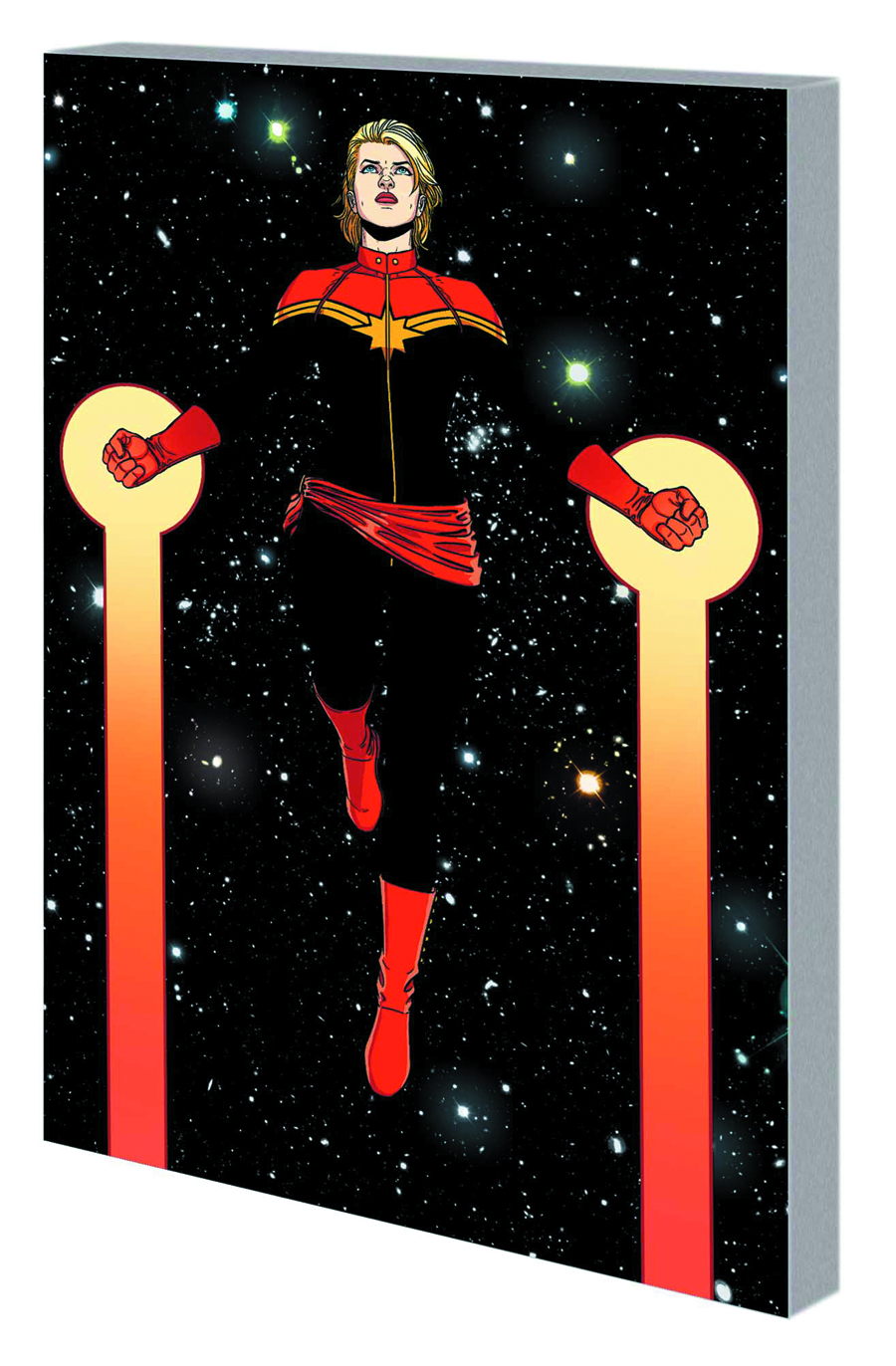 FEB130629
(W) Kelly Sue DeConnick (A) Dexter Soy, Filipe Andrade (CA) Jamie McKelvie
Marvel OW! Captain Marvel goes head to head with...Captain Marvel?! Former Captain Monica Rambeau returns, but what's her problem with Earth's new Mightiest Hero? What threat lurks below the ocean's surface? And can both Captain Marvels stop it before they get shipwrecked? Then: Carol finally returns home...but changed. What is weakening her powers? How will the lifelong high-flyer react when she discovers she can no longer fly? What's keeping the super hero from being super heroic, and who wants her to stay that way? And as Captain America intervenes with a surprising gift, Carol confronts a new version of an old foe: Deathbird! What happens when your enemies know your most dangerous secret? Collecting CAPTAIN MARVEL (2012) #7-11.
In Shops: May 15, 2013
SRP: $14.99
View All Items In This Series