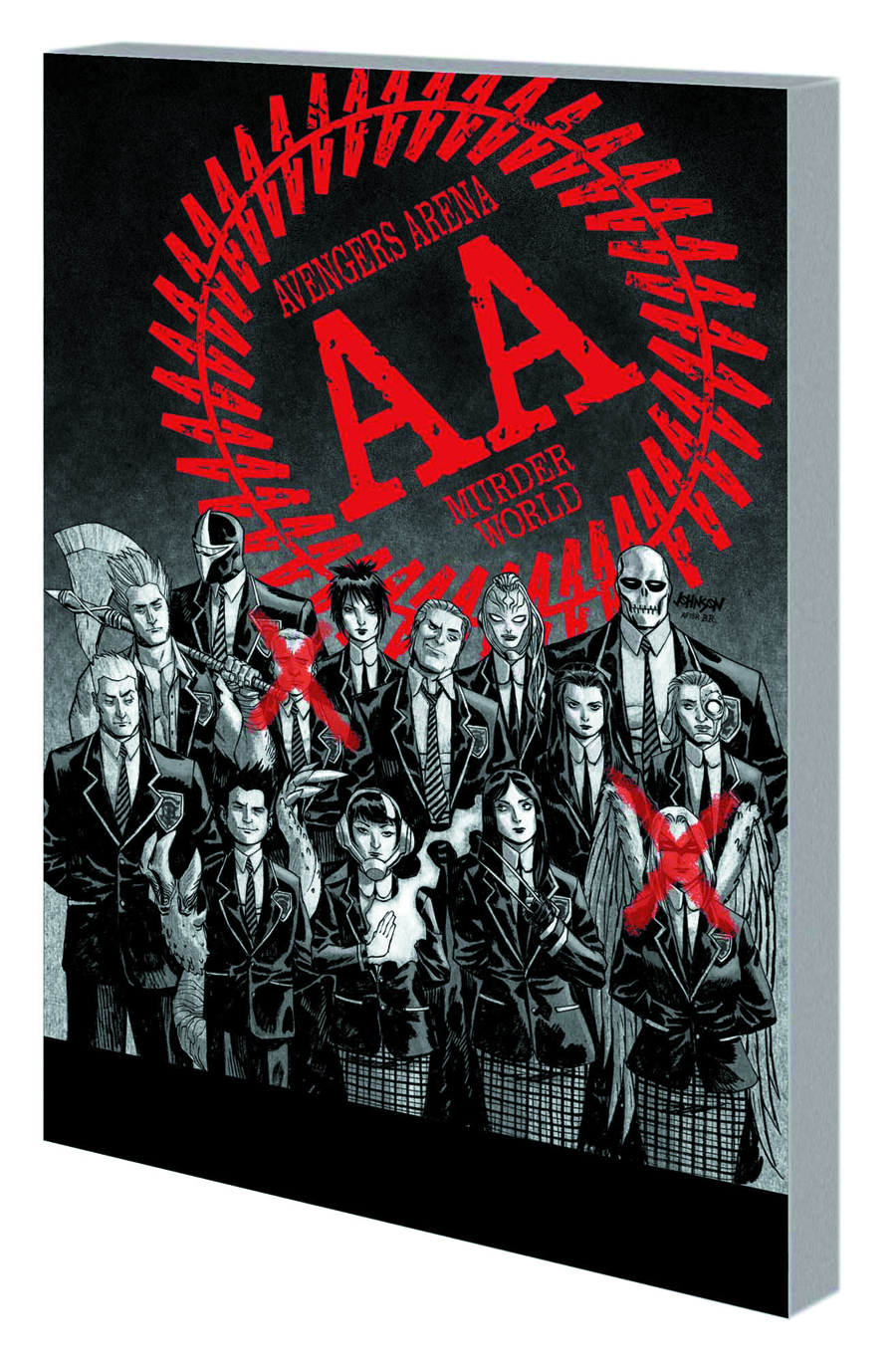 FEB130624
(W) Dennis Hopeless (A) Kev Walker, Alessandro Vitti (CA) Dave Johnson
Trapped on an isolated island, 16 superhuman teens - including members of the Runaways and Avengers Academy - are given a chilling ultimatum by their demented captor: Fight or die...only one will walk out alive! Thus begins a primal battle that will test the skills, stamina and morals of each combatant. Welcome to Murder World - where secrets are plenty, alliances are fleeting, and the key to victory might be rewriting the rules of the game. As Cammi and Hazmat battle the mysterious Deathlocket, X-23 and Juston Seyfert's Sentinel join the fray - but who's stalking the heroes in their sleep? Who are the students of the Braddock Academy? What's up with Chase and Darkhawk? Who is not what they seem? And which player will draw first blood? Betrayal! Secrets! Murder! We dare you to tune in to your new favorite comic...NOW! Collecting AVENGERS ARENA #1-6.
In Shops: May 08, 2013
SRP: $15.99
View All Items In This Series
ORDER WISH LIST