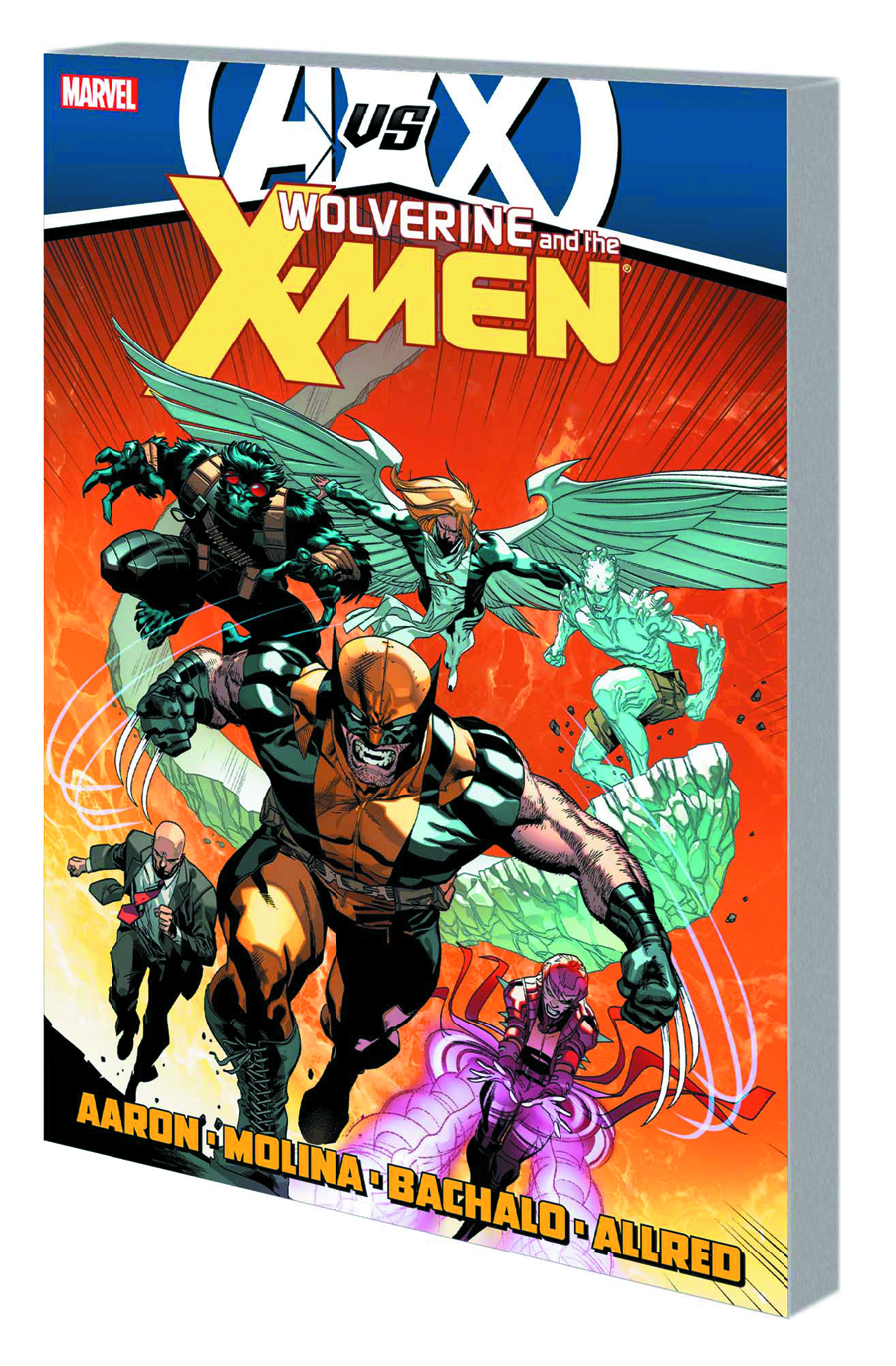 FEB130614
(W) Jason Aaron (A) Jorge Molina, Chris Bachalo, Mike Allred (CA) Stuart Immonen
AVX tie-in! The final battle begins! The Jean Grey School for Higher Learning has seen its loyalties - and its faculty - divided by the war between the Avengers and the X-Men. But now, with the Phoenix Force corrupting Cyclops' team, Wolverine's mission becomes clear! Yet even with the fate of the Earth itself on the line, Kitty Pryde still has a school to run, and fewer teachers than ever to staff it - or protect its students. With Wolverine, Beast, Iceman, Angel and more gone, can the skeleton crew of Kitty, Doop, Toad and Husk safeguard the students when one of the Phoenix Five shows up on their doorstep? Plus: a sensational solo adventure featuring startling secrets about everyone's favorite floating green blob: Doop! Collecting WOLVERINE & THE X-MEN #14-18.
In Shops: May 15, 2013
SRP: $16.99
View All Items In This Series