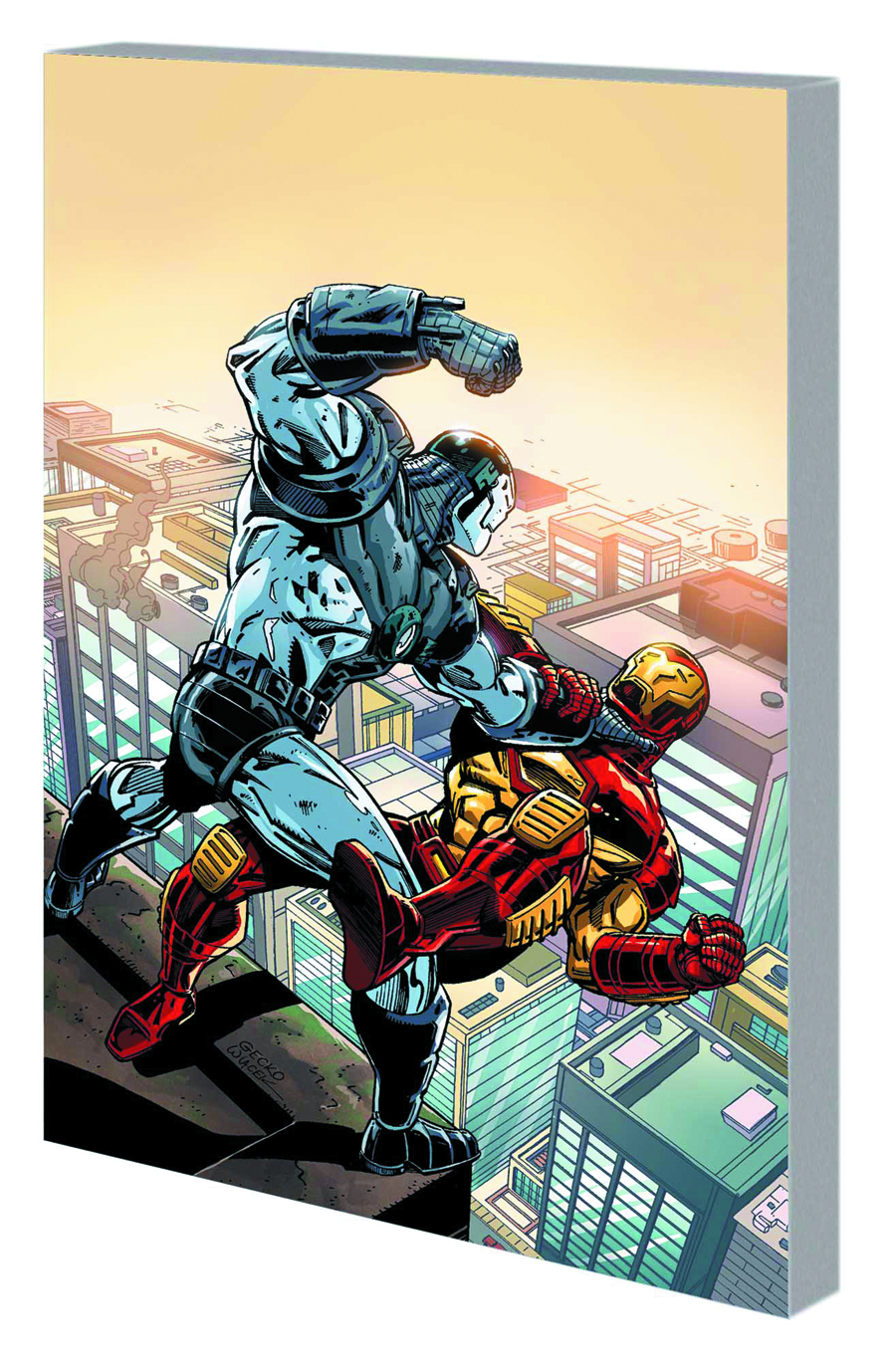 FEB130609
(W) Various (A) Various (CA) Gabriel Gecko
Iron Man's friendship with War Machine is strained to the breaking point - and his new team, Force Works, is  still working out the kinks. And if that wasn't enough, the Mandarin has located the ancient alien artifact known  as the Heart of Darkness - and that spells trouble for Tony Stark! Determined to end the age of technology and  return the world to a feudal state, the Mandarin and his new Avatars begin an all-out assault on Hong Kong! Will  Force Works rise to the occasion? Can War Machine's badly damaged armor withstand the brutal battle? And  how can the captured Iron Man possibly overcome the Mandarin's new cosmic power? Collecting WAR MACHINE  (1994) #8-10, IRON MAN (1968) #310-312, FORCE WORKS #6-7 and material from MARVEL COMICS PRESENTS  (1988) #169-172.
In Shops: May 01, 2013
SRP: $24.99