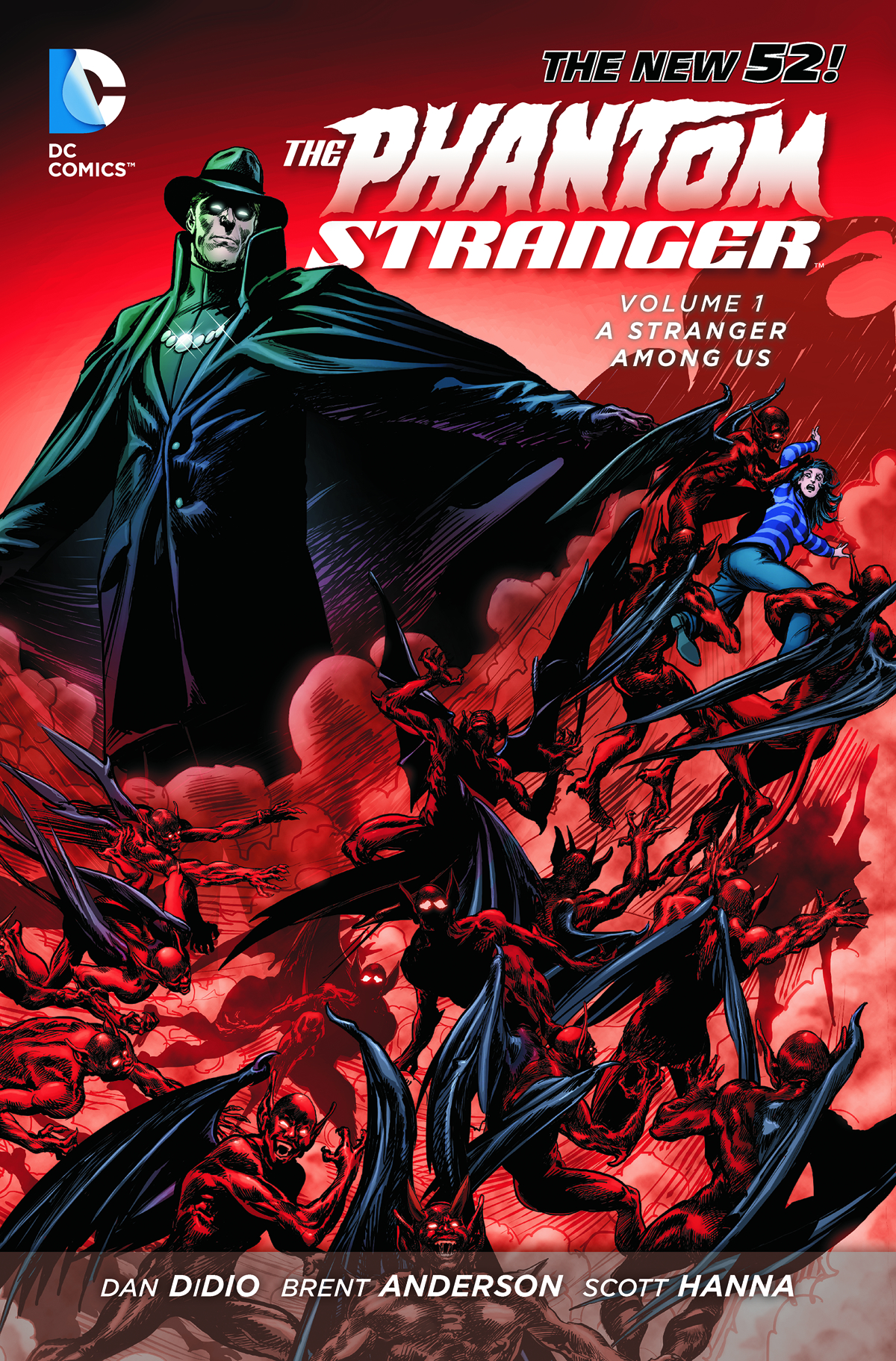 FEB130210
(W) Dan DiDio, J. M. DeMatteis (A) Brent Eric Anderson, Philip Tan, Scott Hanna, Rob Hunter (CA) Ethan Van Sciver
• Who has been sacrificed? Who is guilty? Who can save us? And who is The Phantom Stranger? Cursed for a betrayal that affected the very course of history, the Stranger walks the Earth attempting to atone for his sins. His actions have consequences, and as he fulfills his duty, the people he encounters will never be the same.
•  Collecting THE PHANTOM STRANGER #0-5.
In Shops: May 29, 2013
SRP: $14.99
View All Items In This Series