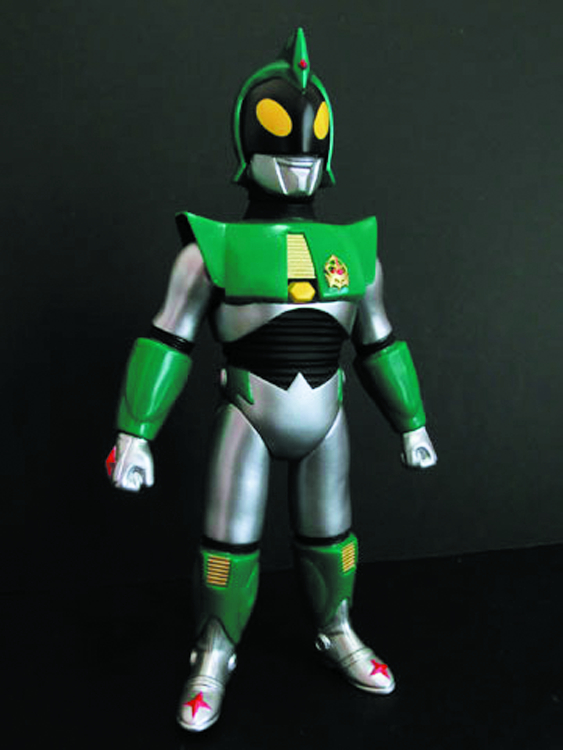 FEB128005
Imported from Japan! One of Japan's most remarkable giant monster television series of the early 1980s was Andro Melos, Tsuburaya's follow-up to the blockbuster Ultraman 80. Rather than battling the standard kaiju, the titular hero Andro Melos battled bionic or cyborg versions of the monsters. This soft vinyl figure recreates Andro Melos as he appeared in that classic series.