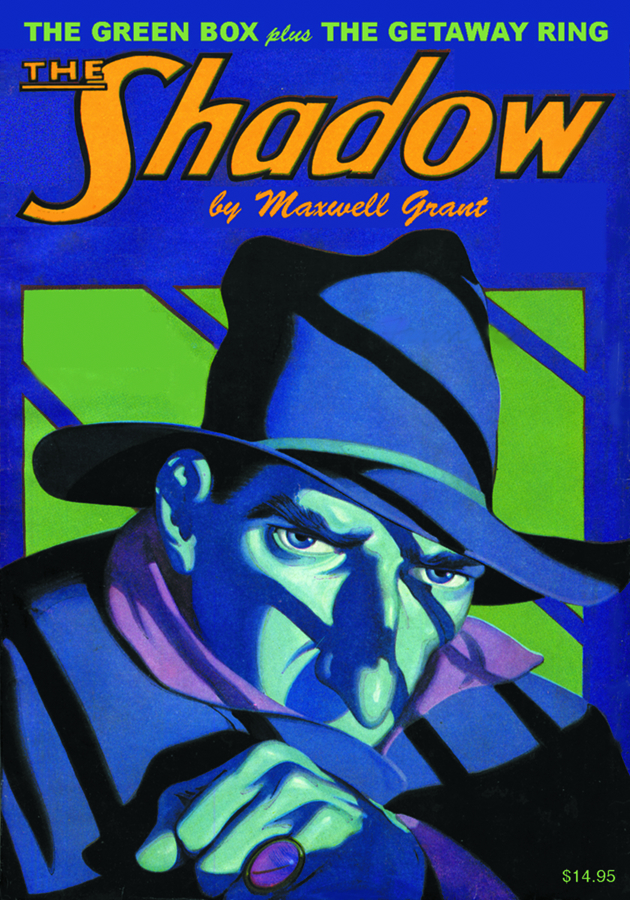 FEB121316
The Shadow's underworld agents Hawkeye and Cliff Marsland take center stage in two thrilling pulp novels. First, what is the strange secret of "The Green Box" that is worth human life? The Shadow seeks the deadly secret in a masterpiece of misdirection that introduced aides Hawkeye and Tapper. Then, the Master of Darkness and his underworld operatives investigate "The Getaway Ring," a racket that helps mobsters evade capture via a modern-day "underground railway."