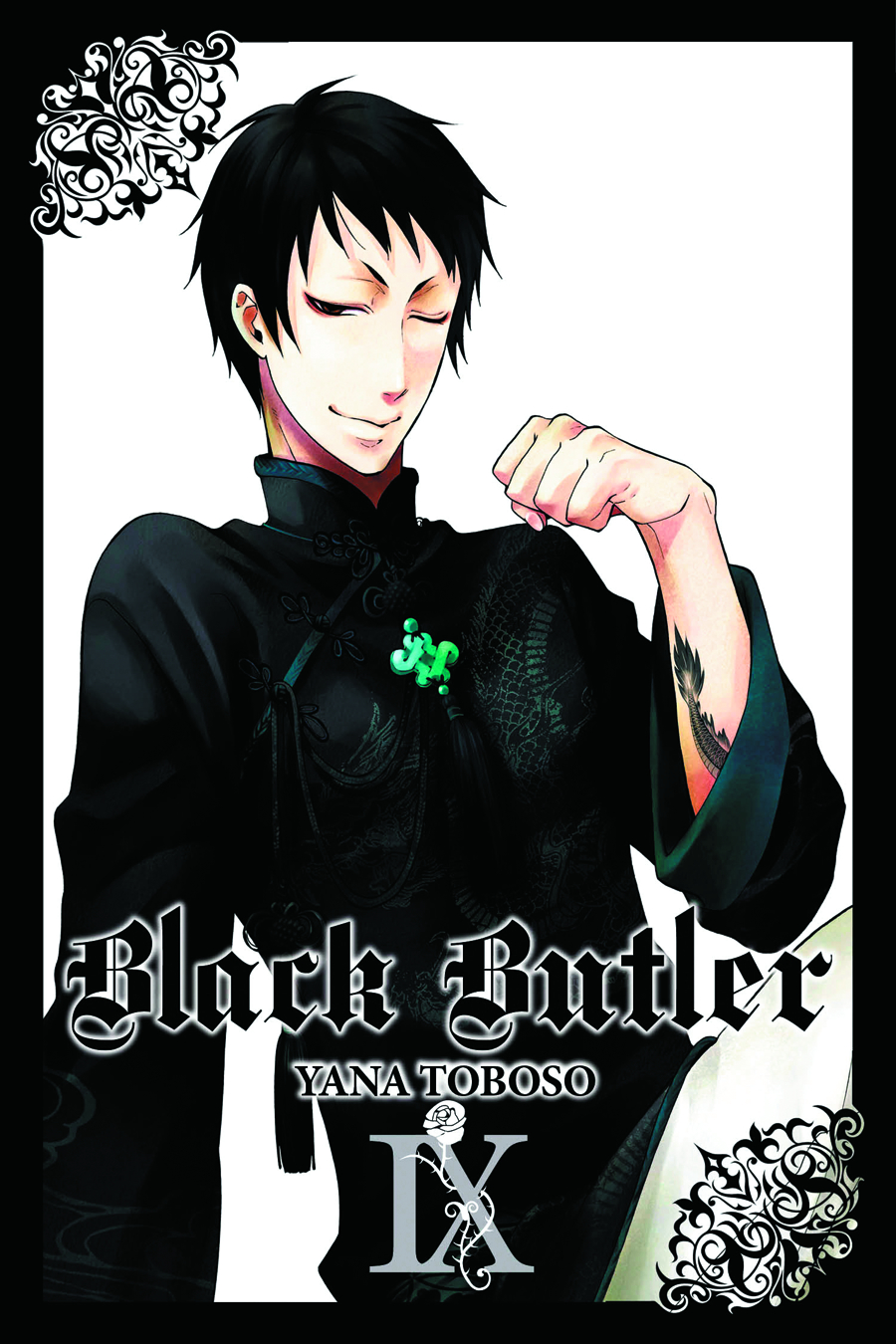 FEB121204
(W) Yana Toboso (A/CA) Yana Toboso
Earl Ciel Phantomhive's quietude following the conclusion of the case of Noah's Ark Circus is short-lived, as Queen Victoria's very own butlers commandeer Phantomhive Manor and all its residents for a lavish banquet sanctioned by Her Majesty. Preparations for such an event are quick work in the hands of Sebastian, the house's most able butler, but corralling eminent guests during his young master's first-ever attempt at playing host may prove to be rather more of a challenge!