PTERODACTYL HUNTERS IN THE GILDED CITY (ONE SHOT) 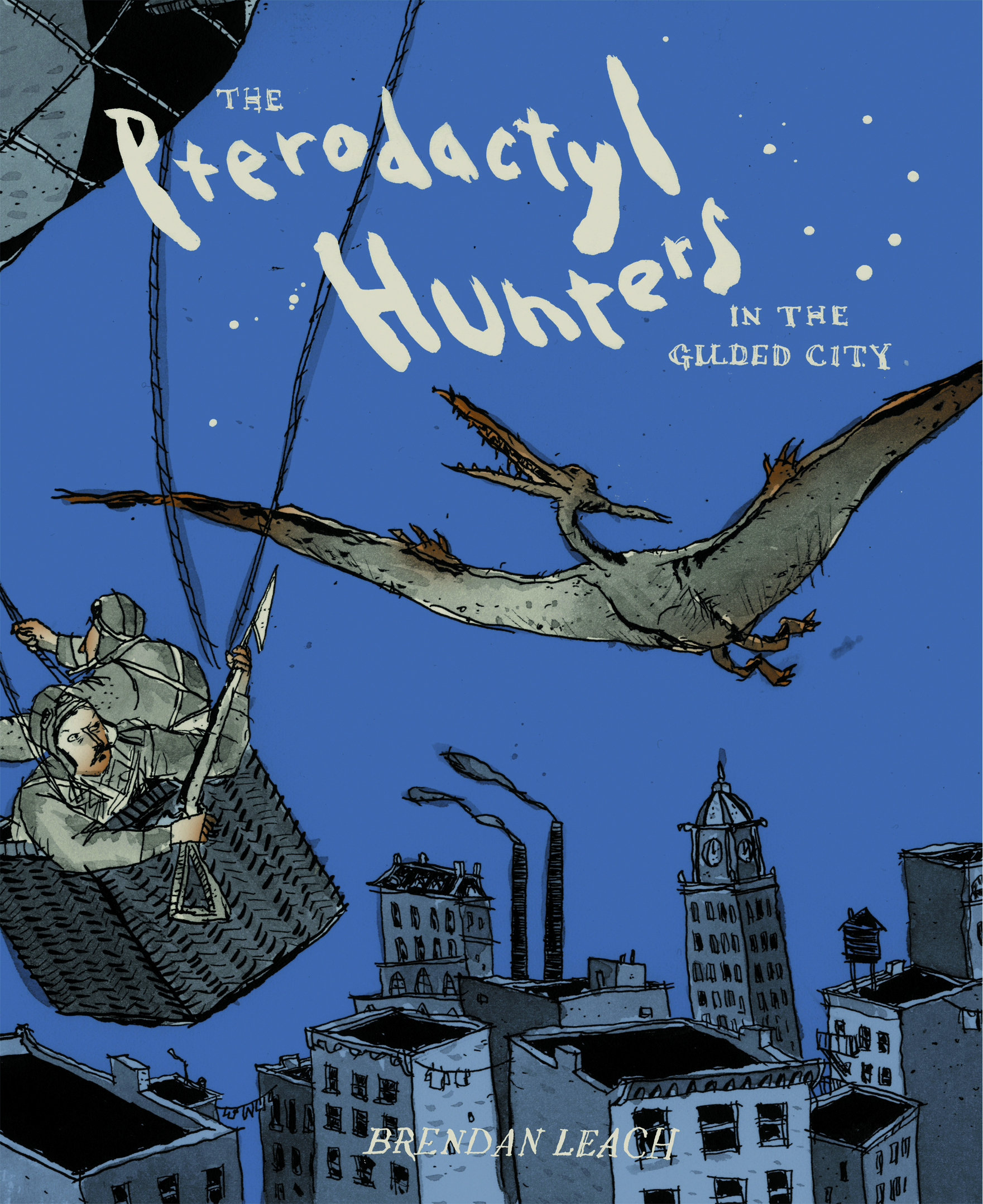 FEB121159
(W) Brandon Leach (A/CA) Brandon Leach
Winner of the Xeric Award in 2010 and included in Houghton Mifflin's Best American Comics of 2011, The Pterodactyl Hunters (in the Gilded City) tells the story of Eamon and Declan Sullivan, young members of New York City's Pterodactyl Patrol, a municipal organization
protecting the city from the menacing pterodactyls that plague its evening hours. As the New York City of 1904 moves into the modern era, only a few vicious pterosaurs remain. While Eamon makes headlines eradicating the final beasts, young Declan faces a future without the pterodactyl infestation, and without his anticipated role in a new generation of Pterodactyl Hunters.