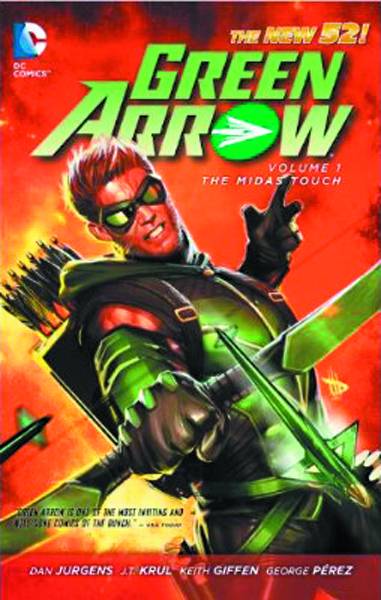 #
FEB120249
(W) J. T. Krul, Keith Griffen, Dan Jurgens (A) Dan Jurgens, George Perez, Ray McCarthy, Ignacio Calero (CA) Dave Wilkins
In this title collecting the first six issues of the DC Comics - The New 52 event, Oliver Queen is armed with cutting-edge weaponry and illegally gained intel (courtesy of his team at QCore)! As Green Arrow, he's shooting first and asking questions later as he travels the world to bring outlaws to justice...and breaking every law there is in the process.