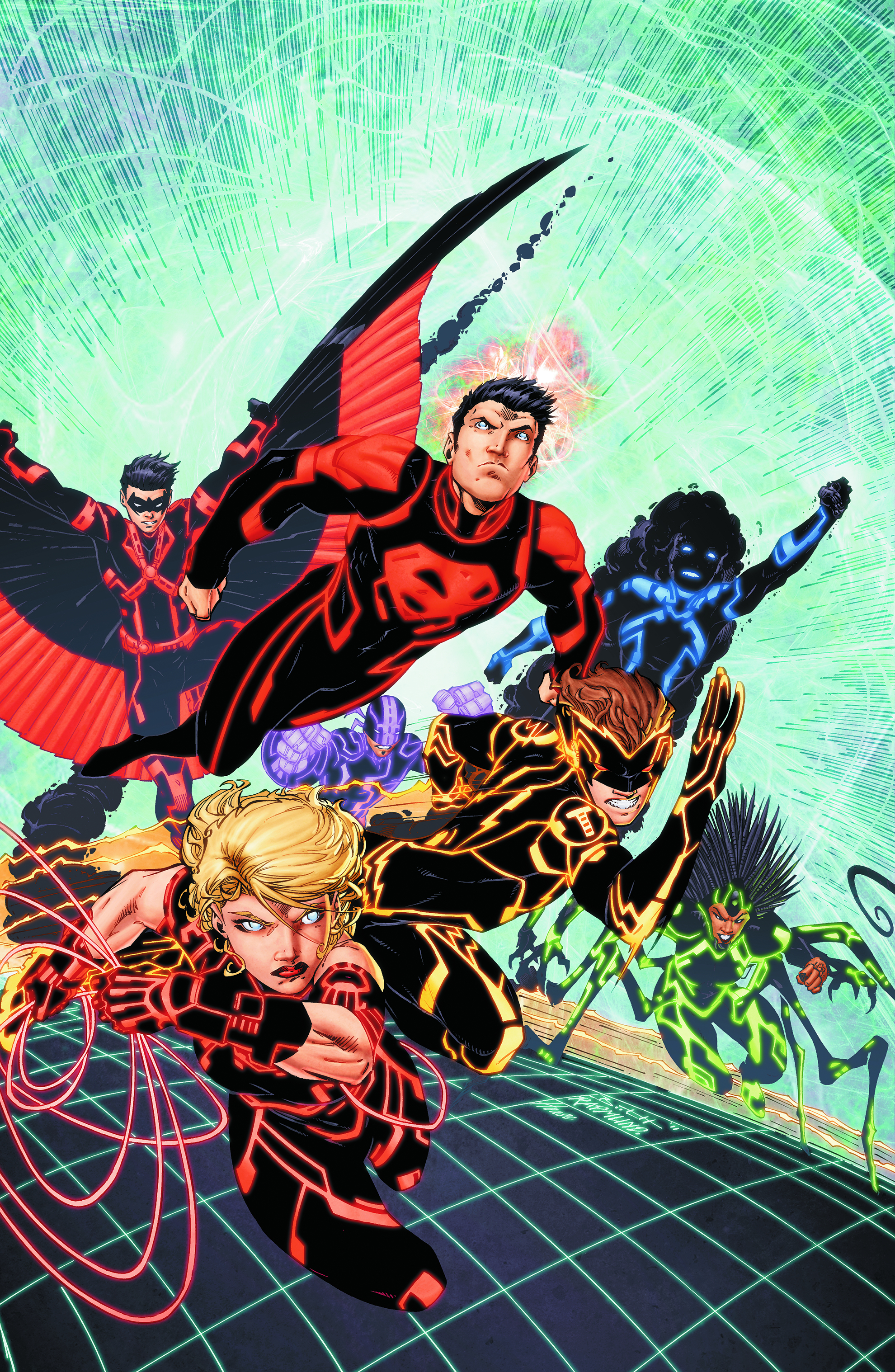 FEB120230
(W) Scott Lobdell (A) Ig Guara, J. P. Mayer (CA) Brett Booth, Norm Rapmund
In the aftermath of the Teen Titans' assault on N.O.W.H.E.R.E.'s headquarters, there's no time to celebrate because Wonder Girl is missing! Red Robin desperately tries to find her, but he's got his hands full, as Superboy has announced his decision to lead the team, Solstice is still dealing with the devastating revelations about her past and Kid Flash is getting glimpses of a dangerous future that he thinks he recognizes! It's all leading up to the "Hear and Now" event that begins in next month's TEEN TITANS ANNUAL #1 and runs through SUPERBOY #9, LEGION LOST #9 and TEEN TITANS #9.