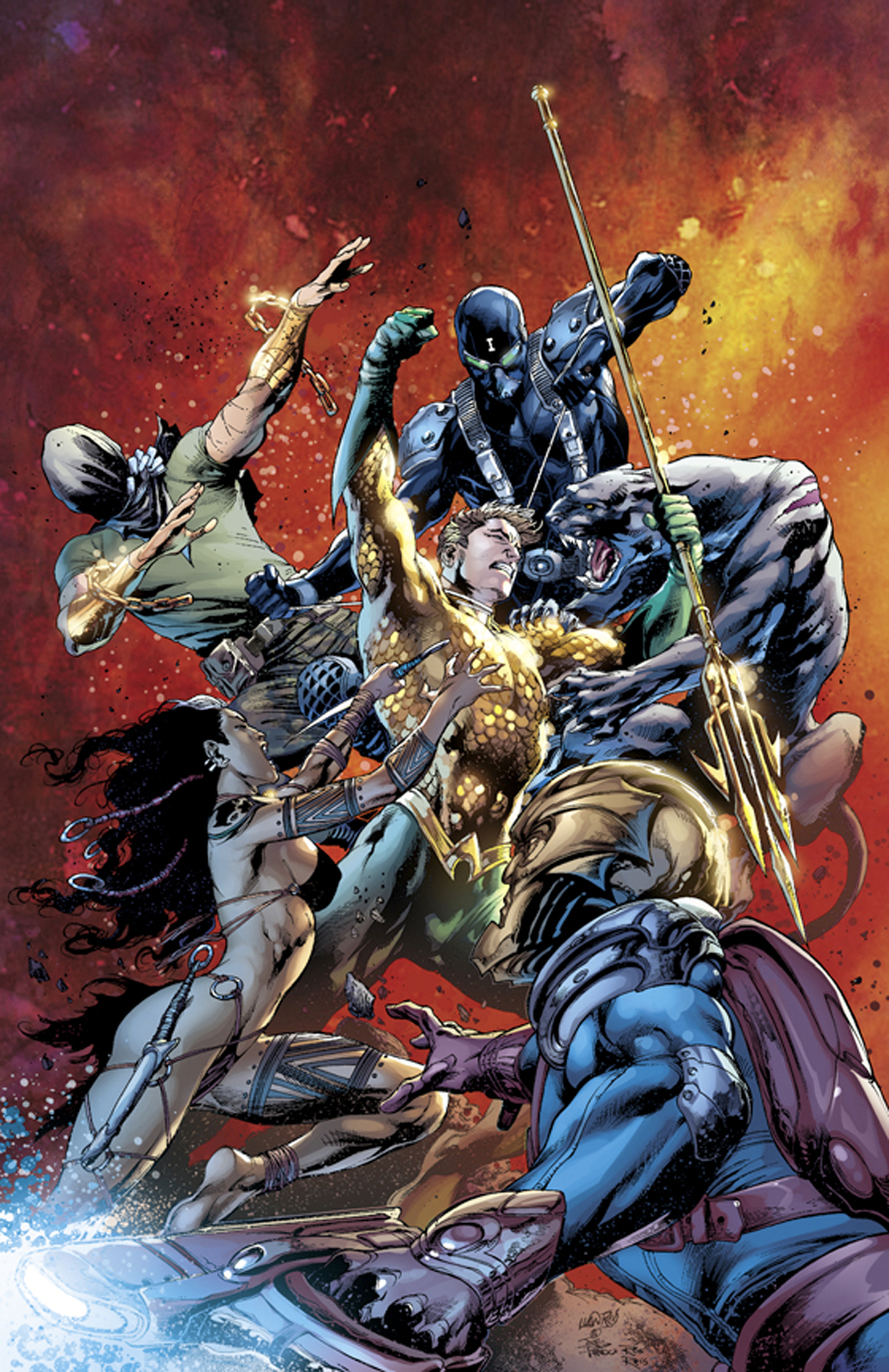 FEB120165
(W) Geoff Johns (A/CA) Ivan Reis, Joe Prado
Part 2 of "The Other League"! As a deadly hunter continues his murderous quest for the Atlantean trident, an unknown chapter of Aquaman's life is revealed! Before he was a part of the Justice League, Aquaman was Arthur, the man from Atlantis, and leader of a mysterious team of adventurers. Armed with weapons forged in Aquaman's past, these men and women were on their way to becoming the most powerful people on Earth - until it all came crashing down.