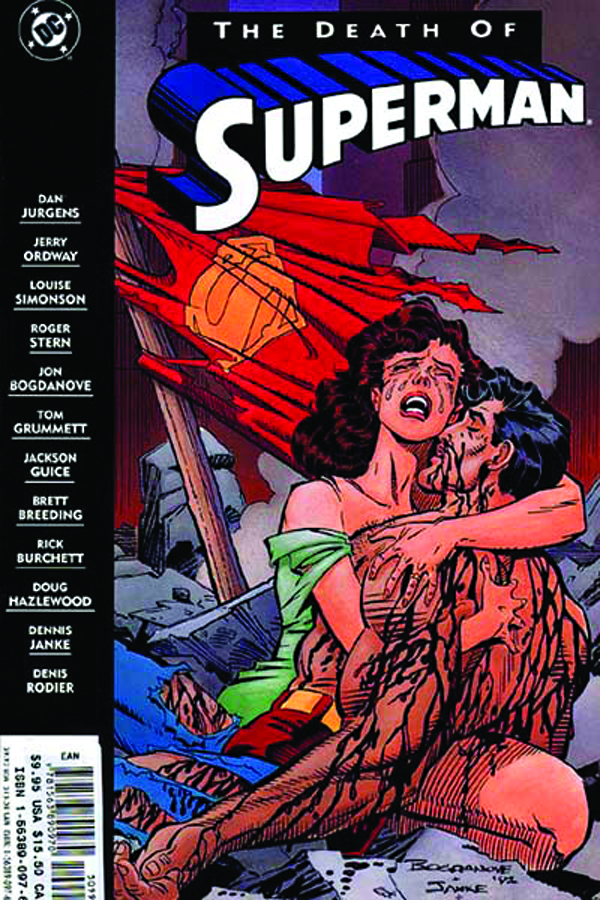 FEB118269
(W) Various (A) Various (CA) Jon Bogdanove
Written by various; Art by various
The story that drew national media attention when DC Comics killed their greatest hero is collected here. When a hulking monster emerges from an underground resting place and begins a mindless rampage, the Justice League is quickly called in to stop the colossal force of nature. But it soon becomes apparent that only Superman can stand against the monstrosity that has been nicknamed Doomsday. Battling their way throughout America, the two fight to a standstill as they reach the heart of Metropolis. Going punch for punch, Superman finally ends the threat of Doomsday as he throws one last punch and collapses forever.