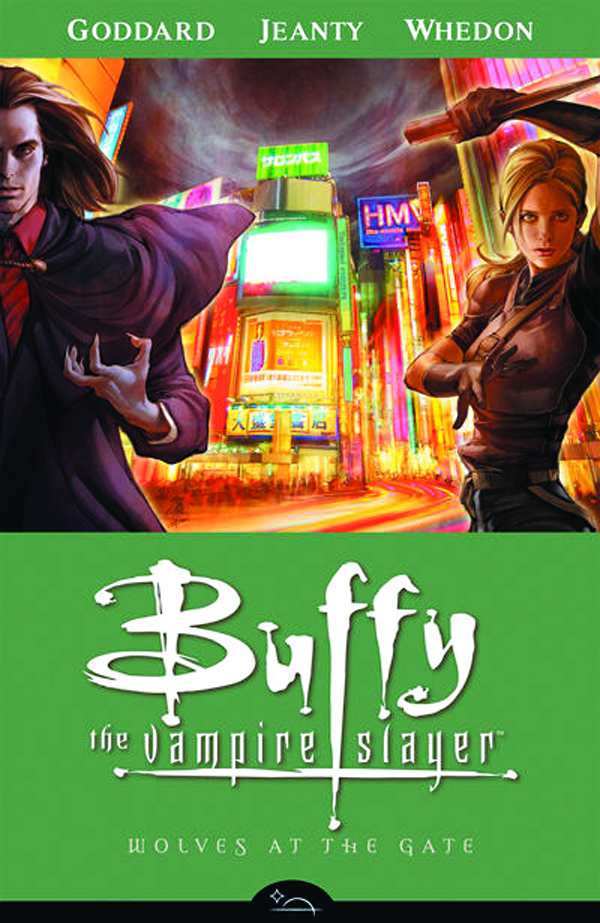 FEB118123
Vampires that, at will, can transform into wolves, panthers, insects, or fog invade the Slayer base of operations in northern Scotland, and not only walk away unscathed, but in possession of Buffy's scythe, the symbol of Slayer power worldwide. Buffy and the Slayer legion travel to Tokyo in order to learn more about their dangerous new foes, as Xander journeys to Transylvania to solicit the only person they've ever known to possess such power: Dracula.
* The celebrated Buffy Season Eight continues with Drew Goddard (Cloverfield, Lost) writing Wolves at the Gate, with Joss Whedon continuing his role as executive producer, and Georges Jeanty as series artist.
* Includes the stand-alone issue written by Buffy creator Joss Whedon, "A Beautiful Sunset."
In Shops: Jul 06, 2011
SRP: $15.99
View All Items In This Series