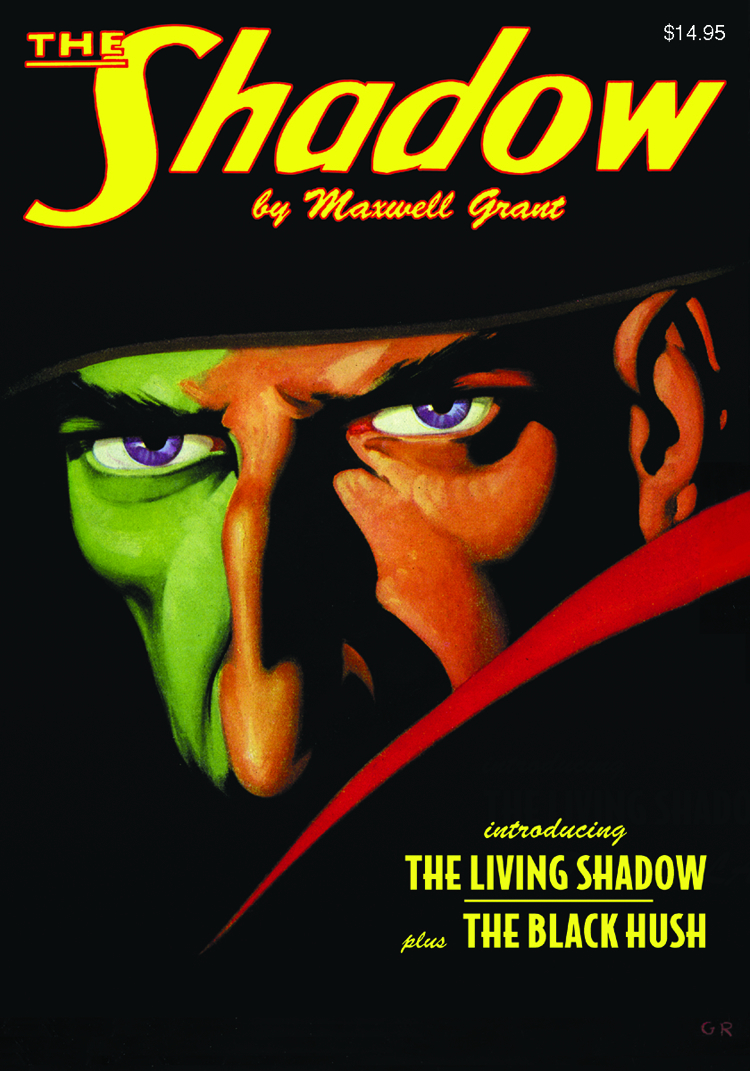 FEB111319
(W) Maxwell Grant Walter Gibson (CA) George Rozen
The Shadow's legendary debut novel is paired with one of his most memorable cases by Walter B. Gibson writing as "Maxwell Grant," in an extra-length spectacular commemorating the 80th anniversary of both The Shadow Magazine and the modern single-character hero magazine. Plucked from a suicidal leap by a sinister cloaked rescuer, Harry Vincent is recruited into an international crime-crushing organization by The Living Shadow. Then, the Dark Avenger battles merciless foes who wield the night itself as a weapon in The Black Hush. This instant collectors' item features one of George Rozen's greatest cover paintings, plus classic interior illustrations by George H. Wert and Tom Lovell, and commentary by popular-culture historians Anthony Tollin and Will Murray.