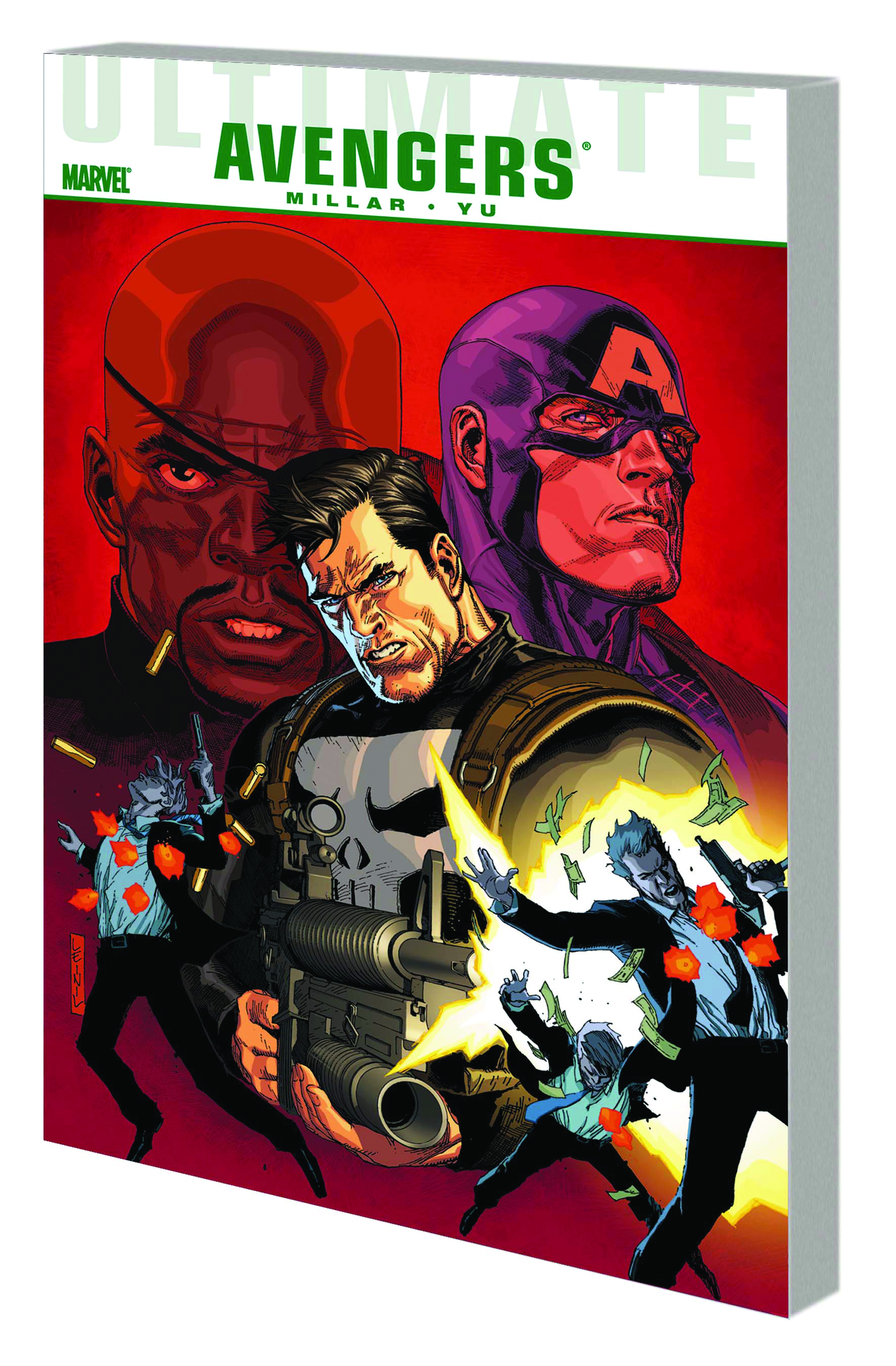 FEB110685
(W) Mark Millar (A/CA) Leinil Francis Yu
Written by MARK MILLAR
Penciled by LEINIL FRANCIS YU
Cover by LEINIL FRANCIS YU
Who can stop the Ghost Rider? A 7-foot-tall biker with a flaming skull for a head has been brutally murdering rich and powerful men across America. Someone in the White House wants it to stop - immediately - and has ordered the Avengers to take down the Ghost Rider by any means necessary. Hawkeye, War Machine, Black Widow, the hulking gangster Tyrone Cash and the infamous Punisher: Together, they are Nick Fury's Avengers - assembled to do the jobs too dirty for the public-facing Ultimates team. But with a group of individuals this violent, this unstable, can any of them be trusted in the field? Superstar writer Mark Millar (KICK-ASS, WOLVERINE: OLD MAN LOGAN) returns to the Ultimate Universe he helped launch, bringing fan-favorite artist Leinil Yu (SECRET INVASION, NEW AVENGERS) along for all the ultra-violence! Collecting ULTIMATE COMICS AVENGERS 2 #1-6.
152 PGS./Parental Advisory