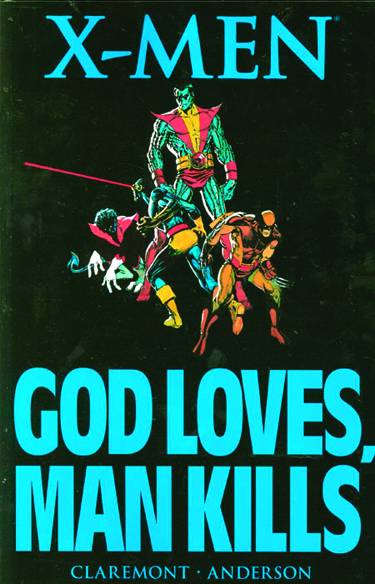 #
FEB110662
(W) Chris Claremont (A/CA) Brent Eric Anderson
Written by CHRIS CLAREMONT
Penciled by BRENT ANDERSON
Cover by BRENT ANDERSON
The Uncanny X-Men. Magneto, Master of Magnetism. The?bitterest of enemies for years. Now, they must join forces against a new adversary who threatens them all and the entire world besides - in the name of God. The members of the Stryker?Crusade are poised to cleanse the earth, no matter how much blood stains their hands. With Professor X as their enemy and Magneto as their ally, the X-Men undergo an apocalyptic ordeal ordained by a minister gone mad! One of Chris Claremont's most powerful and influential stories, the partial basis for X2 is reprinted in softcover for the first time in years.
96 PGS./Rated T+