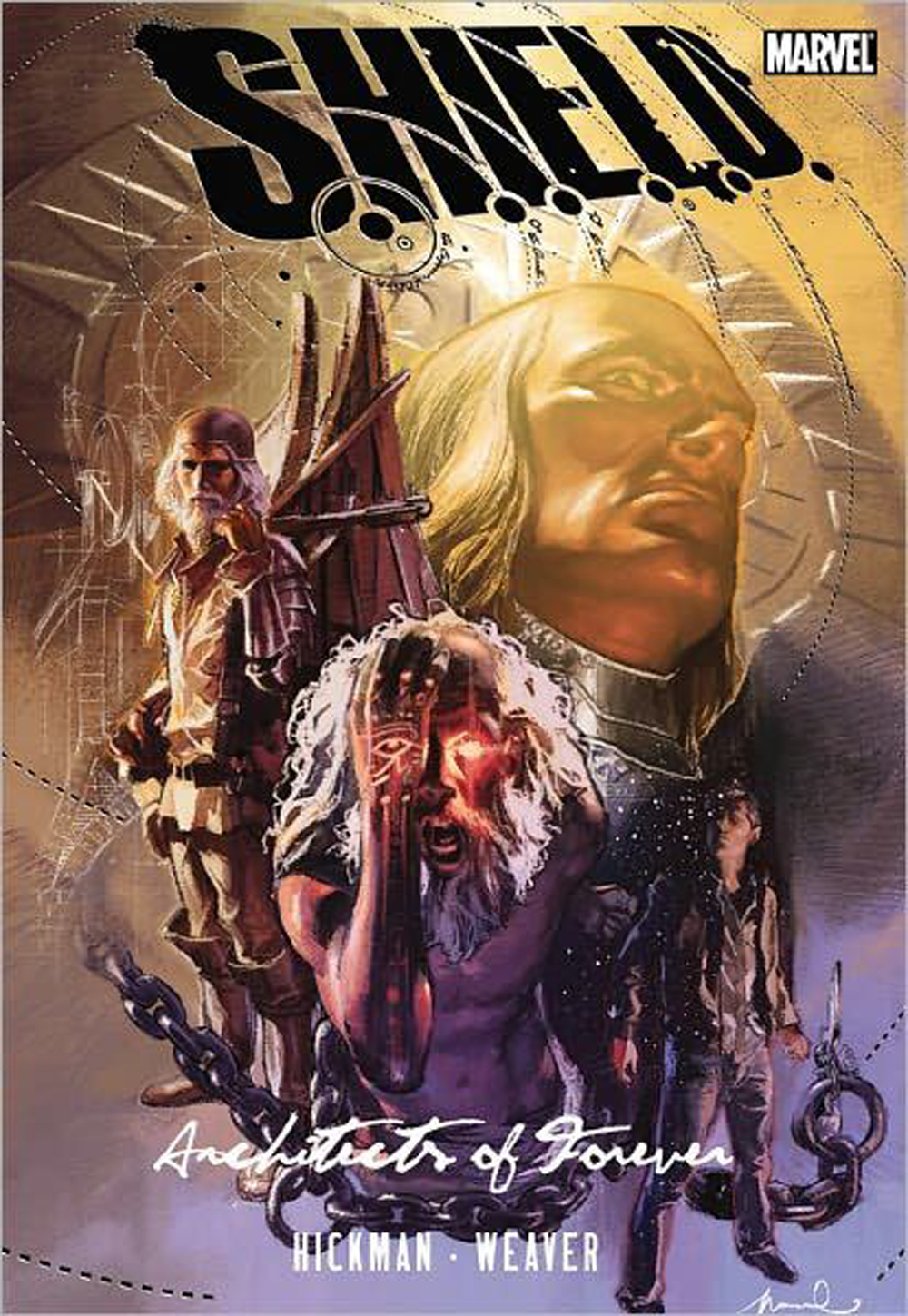 FEB110648
(W) Jonathan Hickman (A) Dustin Weaver (CA) Gerald Parel
Written by JONATHAN HICKMAN
Penciled by DUSTIN WEAVER
Cover by GERALD PAREL
Leonardo Da Vinci was an agent of S.H.I.E.L.D. So was Issac Newton. So were Imhotep and Zhang Heng and Galileo and many other geniuses throughout time. They were the first heroes to defeat Galactus and the Brood and turn Celestials back. They saved the world long before Captain America or Iron Man were ever born, but what does this mean to our heroes of today? What does this mean to Nick Fury? Do not miss this Marvel Comics masterpiece that fans will be talking about for decades to come. All the insanity is courtesy of Jonathan Hickman (FANTASTIC FOUR, SECRET WARRIORS, Nightly News) and Dustin Weaver (X-MEN). Collecting S.H.I.E.L.D. #1-6 and materials from S.H.I.E.L.D. #1 DIRECTOR'S CUT.
176 PGS./Rated T+