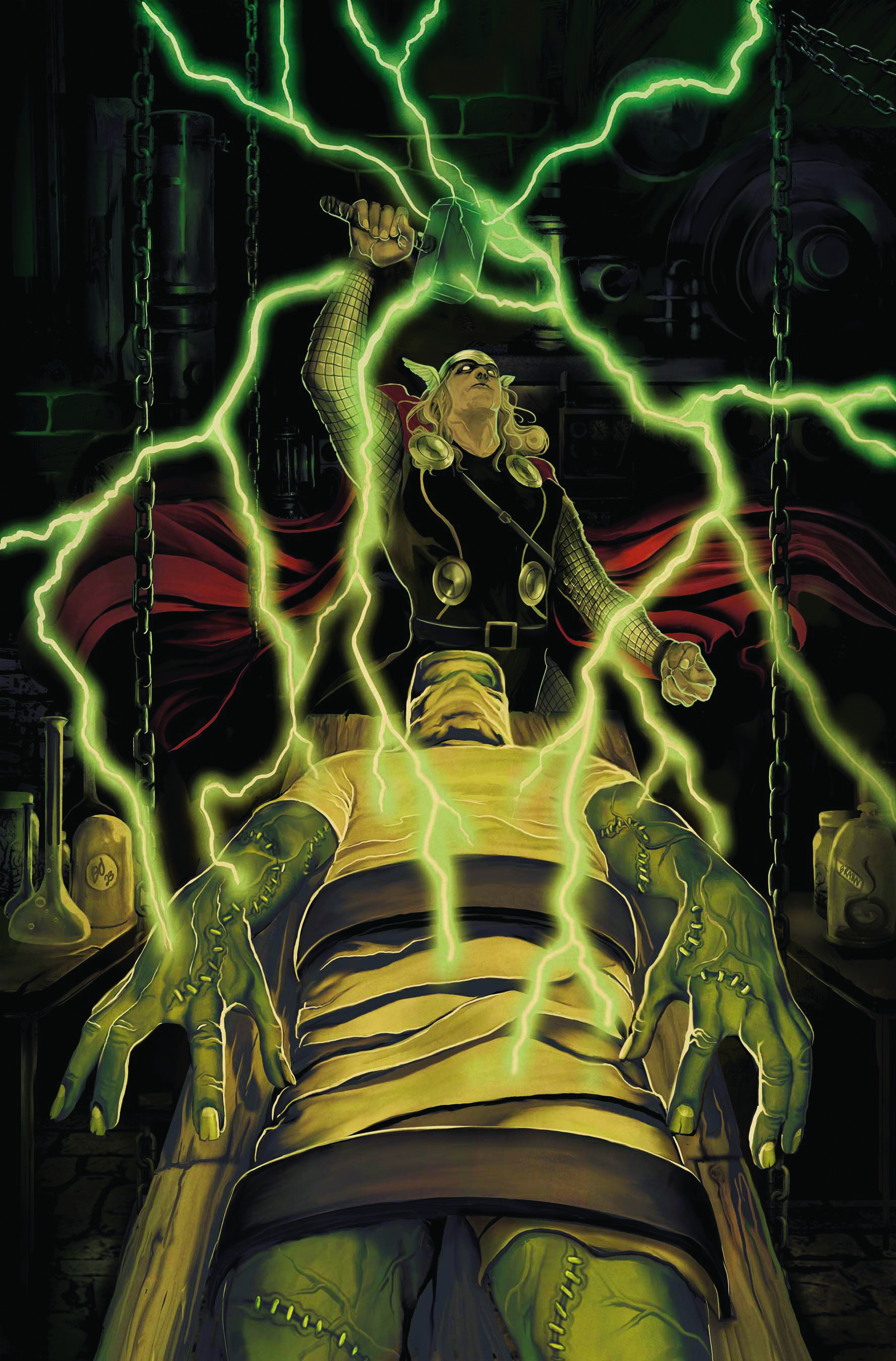 FEB110630
(W) Rick Remender (A) Esad Ribic (CA) Michael Del Mundo
Written by RICK REMENDER
Penciled by ESAD RIBIC
Cover by ESAD RIBIC
Thor Goes Hollywood Variant by MIKE DEL MUNDO
Deathlok Nation: part 3
The hordes of the Deathlok Nation continue to flood into our world, intent on killing Fantomex and protecting the super?soldier production facility known as The World...but why? With The World now infected by the Deathlok virus, and X-Force locked in heated battle with the most powerful warriors in the Marvel Universe, humanity's hopes rest in the hands of one man, but who is Weapon Infinity?!
32 PGS./Parental Advisory