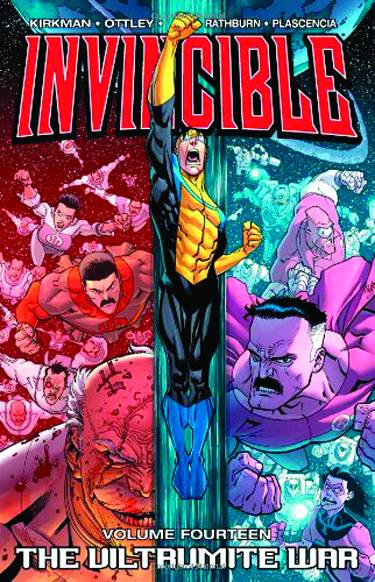 #
FEB110438
(W) Robert Kirkman (A/CA) Ryan Ottley
Collecting issues 71-78, chronicling the Viltrumite War in its entirety, with Invincible and his strongest allies pitted against the entire Viltrumite race. Spanning across the universe, no planet, species, or hero is safe from this epic battle.
In Shops: Apr 27, 2011
SRP: $19.99
View All Items In This Series