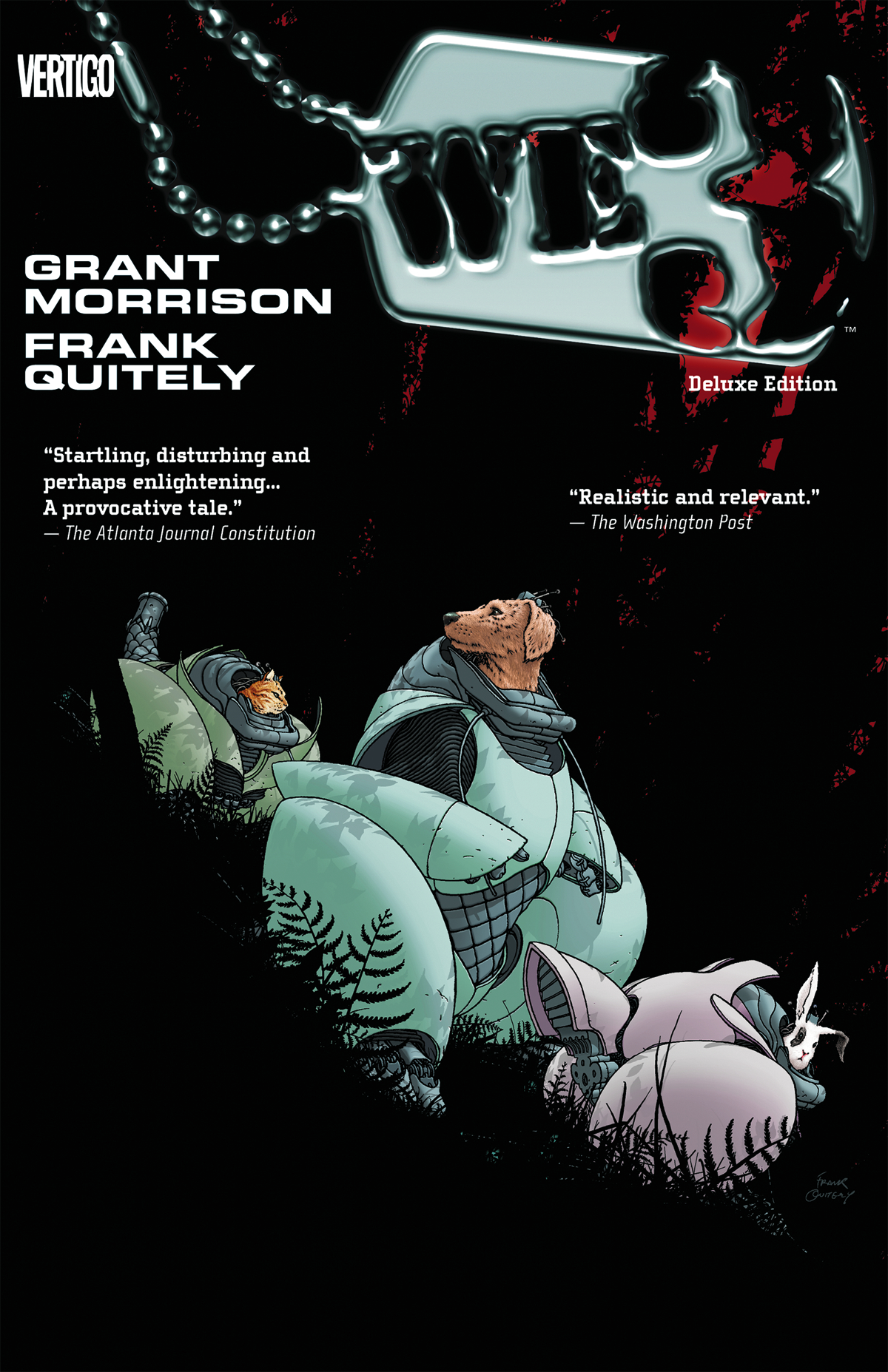 FEB110270
(W) Grant Morrison (A/CA) Frank Quitely
Written by GRANT MORRISON
Art and cover by FRANK QUITELY
For the first time in hardcover, a powerful tale from the ALL-STAR SUPERMAN team of Grant Morrison and Frank Quitely!
Morrison and Quitely deliver the emotional journey of WE3 - three house pets weaponized for combat by the government - as they search for "home" and ward off the shadowy agency that created them.
With nervous systems amplified to match their terrifying exoskeletons, the members of Animal Weapon 3 (WE3) have the firepower of a battalion. But as prototypes, they're slated to be permanently "decommissioned" after their testing is complete, causing them to make a desperate run for freedom. Relentlessly pursued by their makers, WE3 must navigate a frightening world where their heightened abilities make them as much a threat as those hunting them - but a world in which they must find a home.
This amazing hardcover features new story pages by Morrison and Quitely.