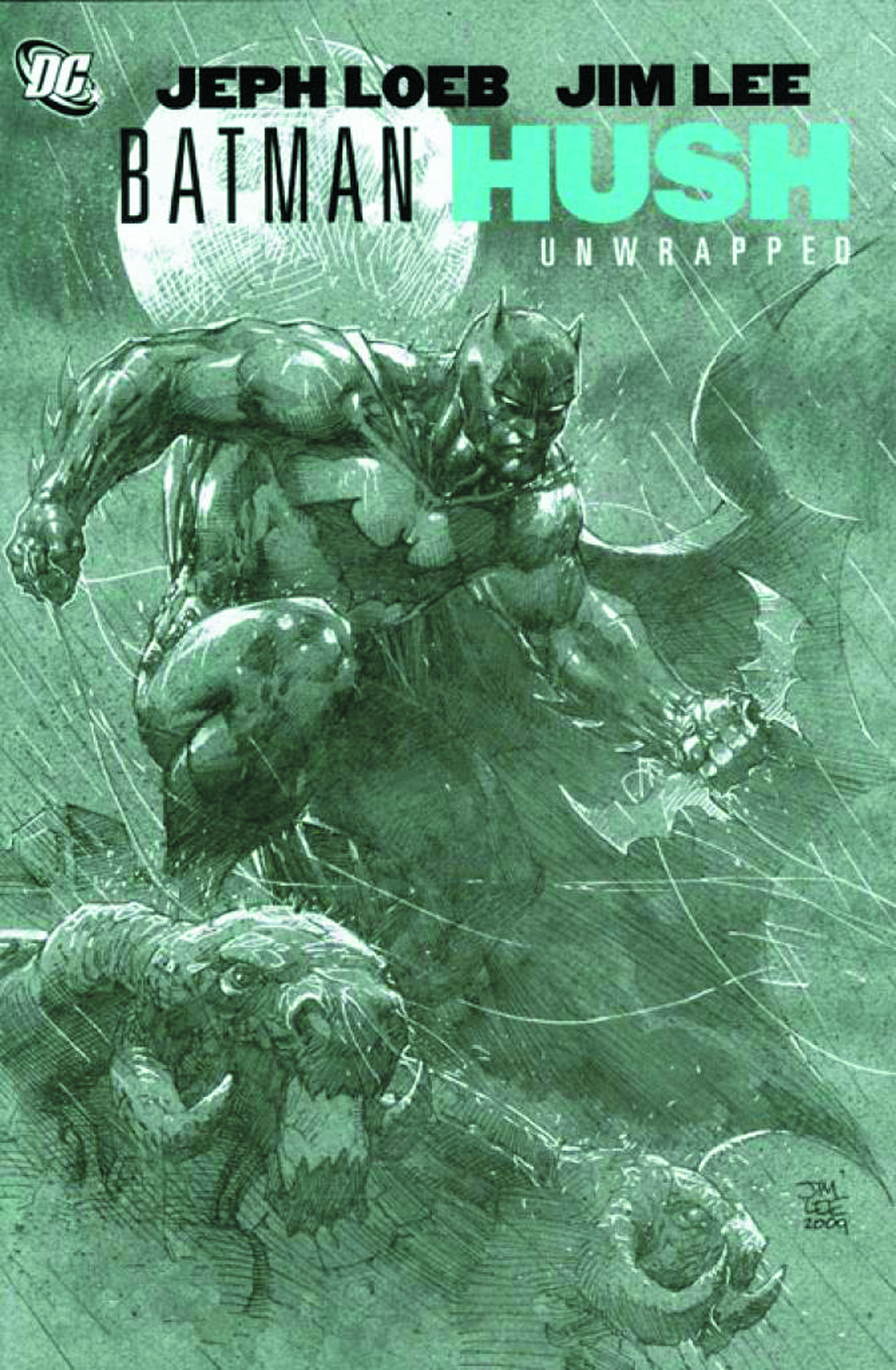 FEB110197
(W) Jeph Loeb (A/CA) Jim Lee
Written by JEPH LOEB
Art and cover by JIM LEE
A new, unprecedented edition of the classic Batman epic featuring the art of comics superstar Jim Lee in pencil form for the first time ever, giving comics connoisseurs the chance to study a true master of the form at his best!
This amazing new hardcover presents Jim Lee's artwork in pencil form, with lettering and in black and white.
Relive the thrilling mystery of the best-selling BATMAN: HUSH as Batman sets out to discover the identity of a mysterious mastermind using The Joker, The Riddler, Ra's al Ghul and the Dark Knight's other enemies - and allies - as pawns in a plan to wreak havoc.
320 pg, B&W, 7.0625" x 10.875"