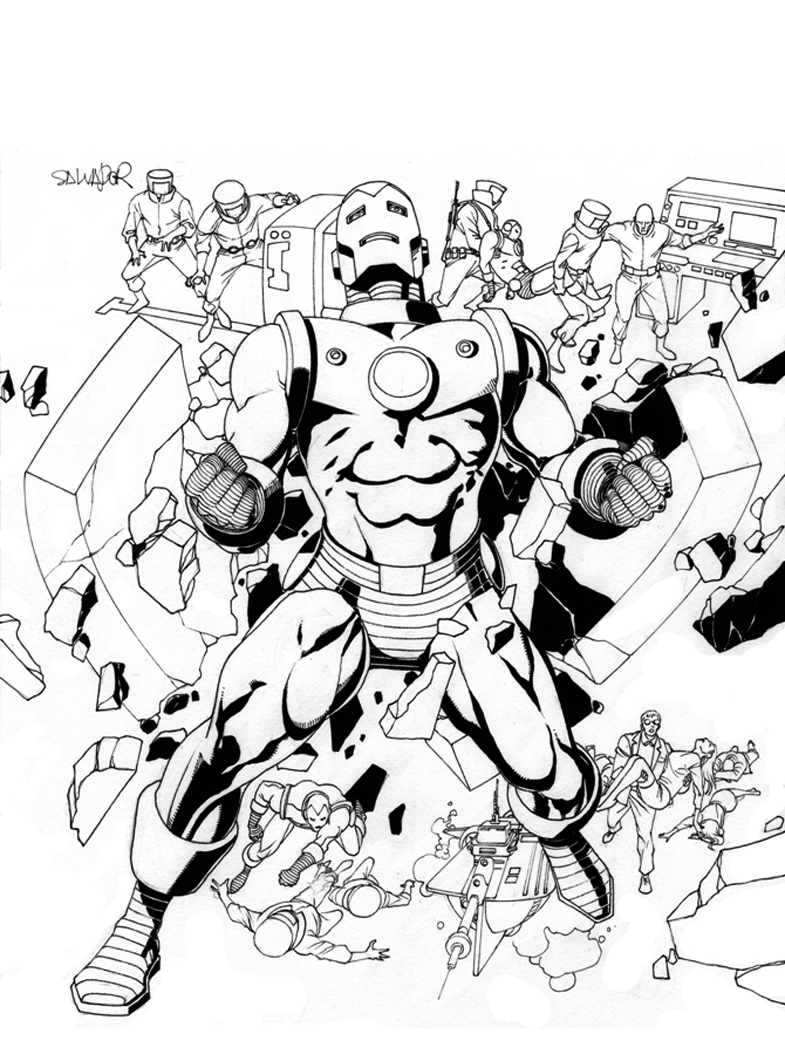 FEB108508
(A) Steve Kurth (CA) Salvador Larroca
Written by FRED VAN LENTE
Pencils by STEVE KURTH
The Armored Avenger's second on-going series kicks off with a bang as the WAR OF THE IRON MEN begins here! Tony Stark's worst fears are realized when stolen Iron Man technology is used for ethnic cleansing in a civil war-ravaged land. When he defies U.S. government orders to confront the armored assassins himself, Stark sets off an international conflagration that threatens his friends, his company, and his very life - and sets him on a collision course with China and Russia, and their champions, Radioactive Man, Titanium Man and the Crimson Dynamo! Guest-stars galore! And a shocking last page reveal of the classic Shell-head villain behind it all you won't want to miss! UPDATE: Second Printing featuring a Variant cover image by Salvador Larroca.