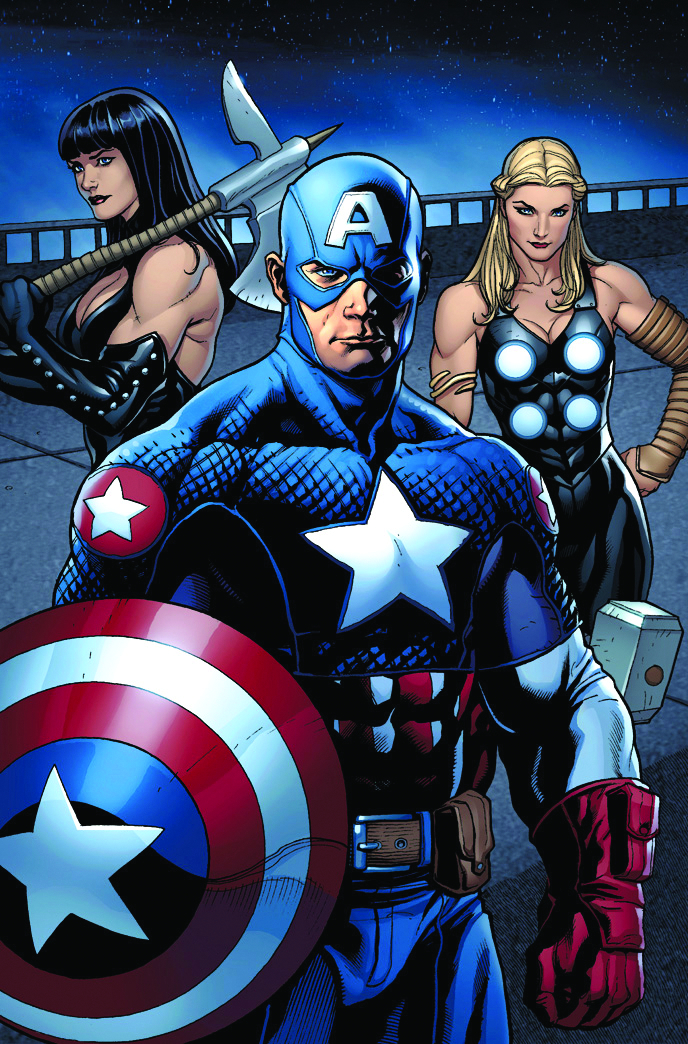 FEB108009
(W) Jeph Loeb (A/CA) Frank Cho
by Jeph Loeb & Frank Cho
From Marvel Comics. If only a few super heroes survived the Ultimatum -- who is left to become the next super powered team to be reckoned with? The New Ultimates! With Thor gone, Loki takes his revenge unleashing the worst of Asgard on Earth. Iron Man must gather the heroes for their biggest Ultimates adventure yet. But who has made the final cut? And who can't be trusted? The Ultimates face evil once again and you'll never guess the new enemies they'll find...or should we say old friends? Superstar creators, Jeph Loeb & Frank Cho (in his Ultimate Comics debut!) bring you the new face of the Ultimate line in New Ultimates: Thor Reborn! Scheduled to ship 04/21/10. (161)