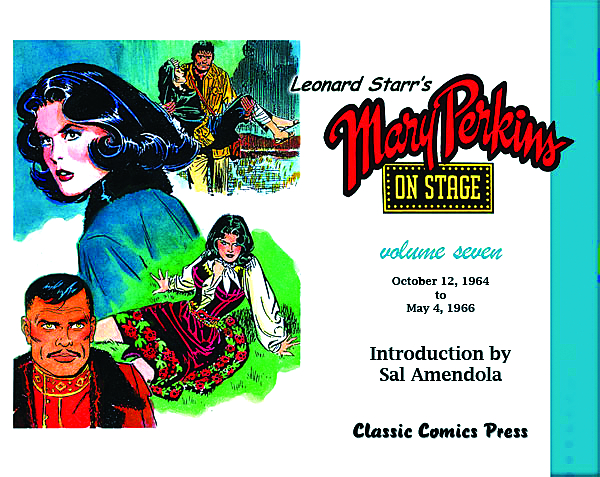 FEB100789
(W) Leonard Starr (A/CA) Leonard Starr
The seventh volume of the Eisner-nominated series Leonard Starr's Mary Perkins On Stage reprints the daily comic strips and Sunday strips, from October 12, 1964 to May 4, 1966, of the acclaimed series about a young woman in the theater culture. Introduction by Sal Amendola and a special foreword by Leonard Starr.
In Shops: Apr 28, 2010
SRP: $24.95
View All Items In This Series
ORDER WISH LIST