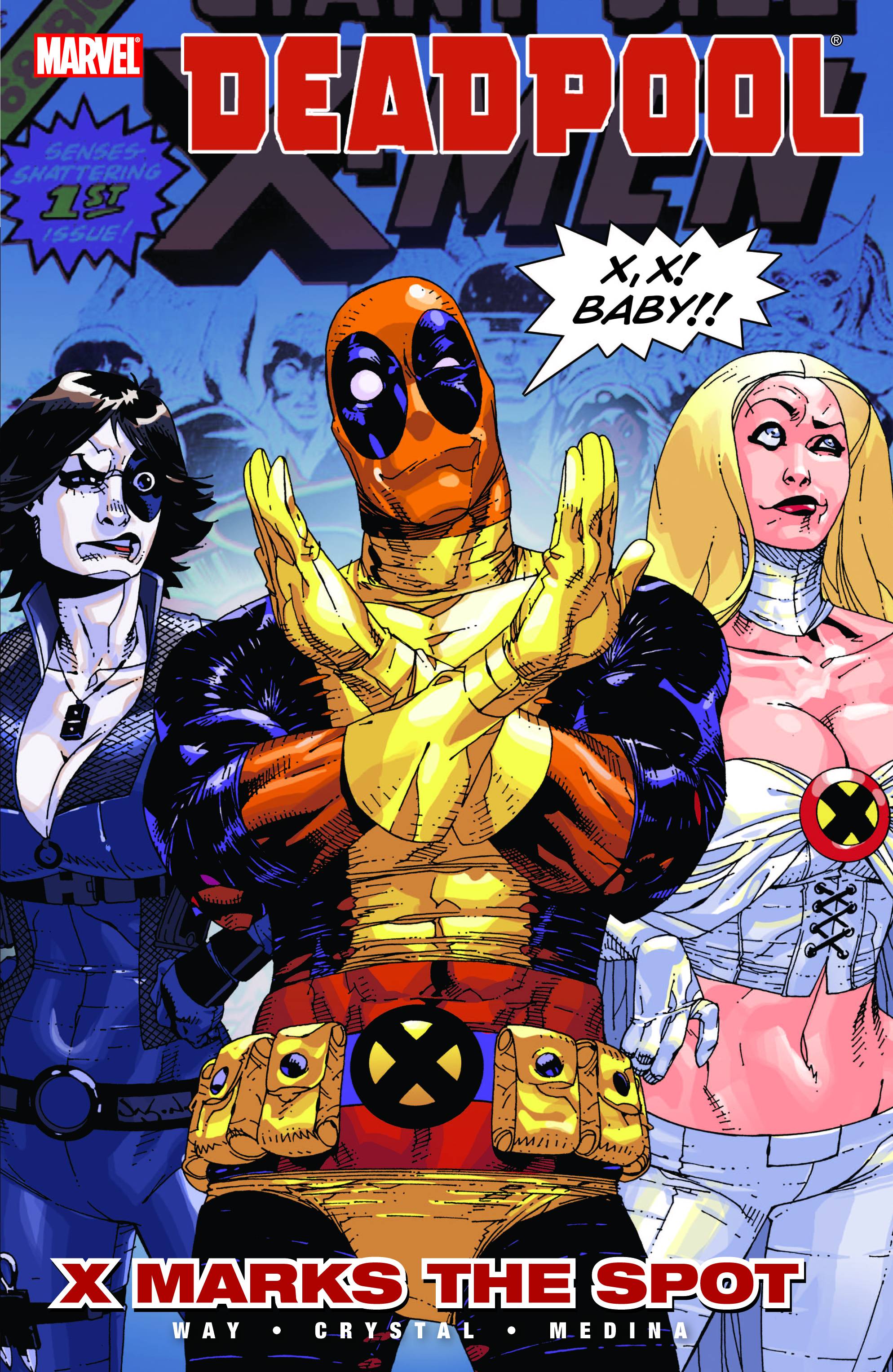 #
FEB100626
(W) Daniel Way (A) Shawn Crystal, Paco Medina (CA) Jason Pearson
Written by DANIEL WAY
Penciled by PACO MEDINA & SHAWN CRYSTAL.
Cover by JASON PEARSON
Deadpool wants to be an X-Man. And he's not going to let anyone stand in his way - not even the X-Men! When Cyclops announces to the world that the X-Men are constructing an island haven for mutants, Wade Wilson decides it's time for him to join the revolution. But he soon find outs that big guns and a healing factor don't an X-Man make. So when the father of the mutant Mercury lies to the press by telling them his daughter is being held captive on Utopia, Deadpool decides he can finally make the X-Men love him - really, really love him - by assassinating Mercury's father. Will Wade succeed and single-handedly set back mutant/human relations 50 years? Will he ever become an X-Man? Will he finally get some play from that smoking-hot chick with the guns and the Dalmatian spot over her eye? What was that first question again? Collecting DEADPOOL #13-18.
144 PGS./Parental Advisory ...$15.99