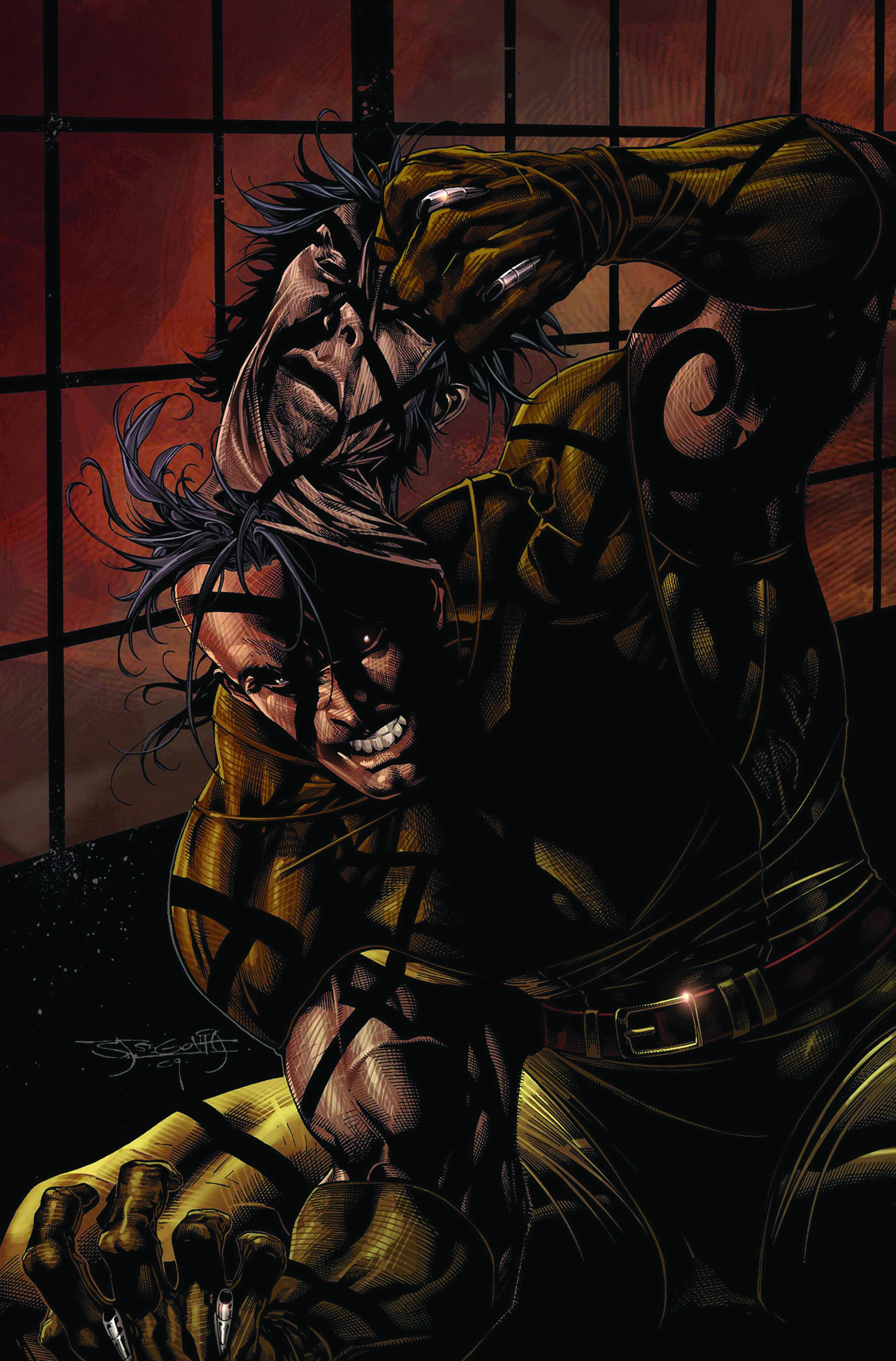 FEB100573
(W) Marjorie M. Liu, Daniel Way (A/CA) Stephen Segovia
Written by DANIEL WAY
Penciled by WILL CONRAD
Cover by SIMONE BIANCHI
IRON MAN BY DESIGN VARIANT by SKOTTIE YOUNG
"RECKONING" Part 2 of 4
After having done the unthinkable, Wolverine now moves into endgame-a direct confrontation with Romulus. But as the pieces begin to move, Wolverine's plan begins to tear apart at the seams-has Skaar, the son of Hulk, become compromised by Romulus' influence? Will the reluctant Cloak be there when Wolverine needs him? Just when Wolverine thinks he has Romulus cornered, he begins to realize that he, not Romulus, has walked into a trap.
32 PGS./Parental Advisory ...$2.99