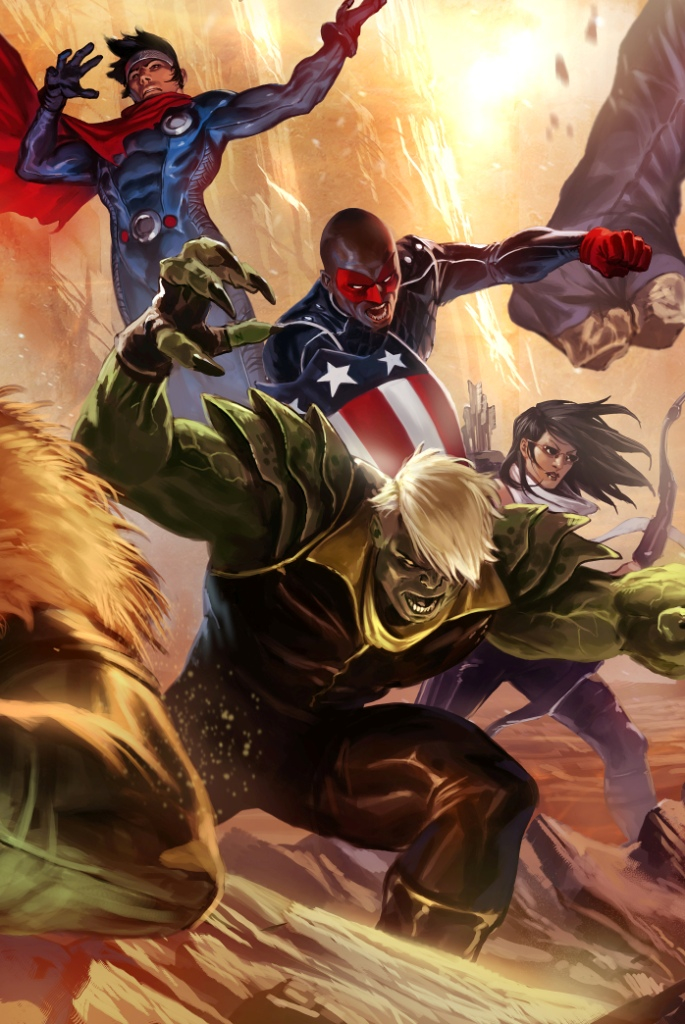 FEB100443
(W) Sean McKeever (A) Mahmud A. Asrar (CA) Marko Djurdjevic
Written by SEAN MCKEEVER
Art by MAHMUD A. ASRAR
Cover by MARKO DJURDJEVIC
In Siege: Young Avengers, from Sean McKeever and Mahmud A. Asrar, the Young Avengers take center stage as Wiccan and Patriot are pushed to their limits!
With interconnecting covers by superstar Marko Djurdjevic, these all new stories provide insight into the major players of Siege and set the stage for the dramatic Siege finale!
32 PGS./One-Shot/$2.99