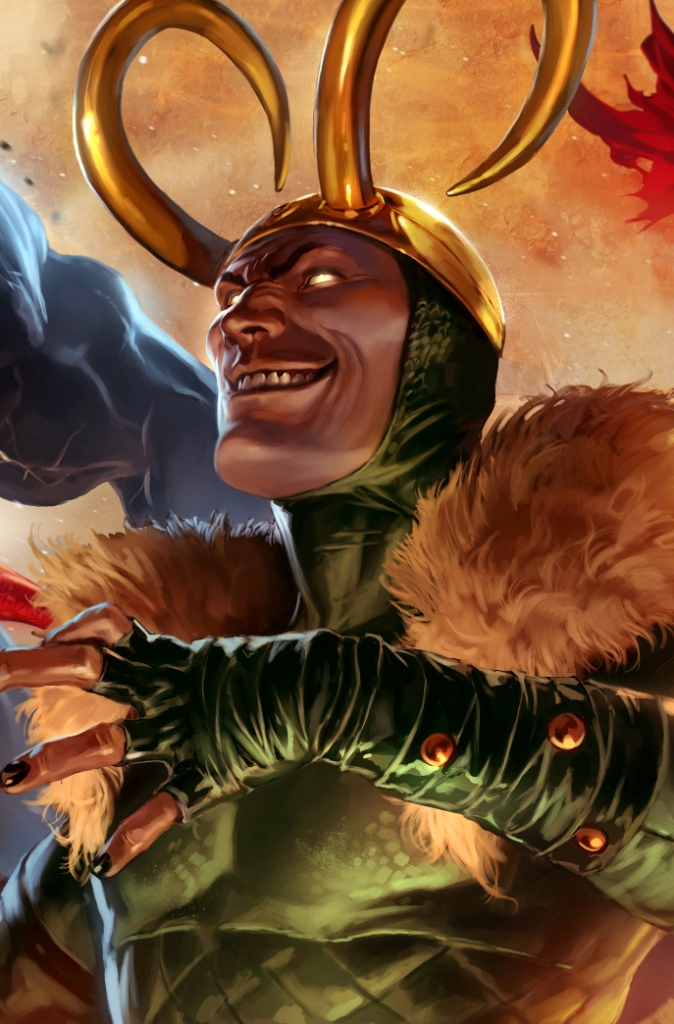 FEB100437
(W) Kieron Gillen (A) Jamie McKelvie (CA) Marko Djurdjevic
Written by KIERON GILLEN
Art by JAMIE MCKELVIE
Cover by MARKO DJURDJEVIC
Siege: Loki, from Kieron Gillen and Jamie McKelvie, goes deep into the mind of Siege's most devious major player!
With interconnecting covers by superstar Marko Djurdjevic, these all new stories provide insight into the major players of Siege and set the stage for the dramatic Siege finale!
32 PGS./One-Shot/$2.99