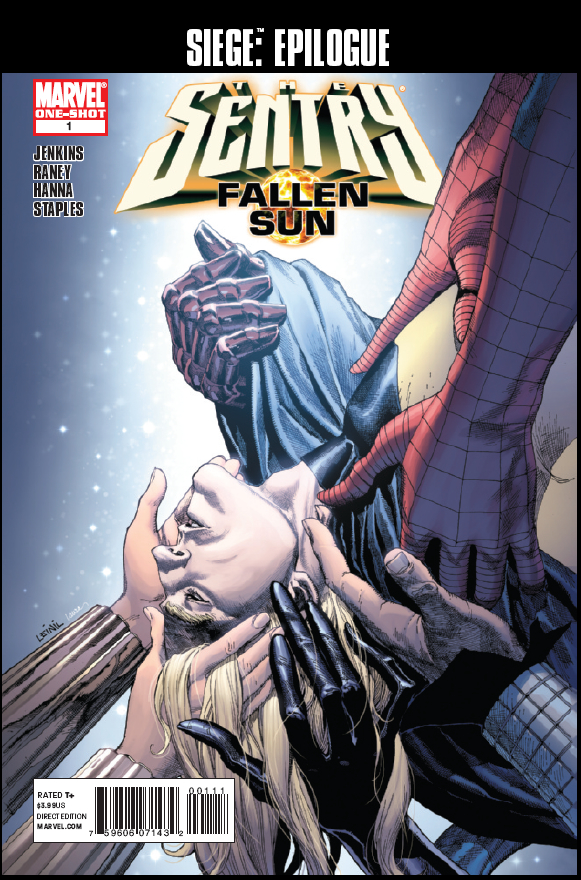 FEB100436
(W) Paul Jenkins (A) Tom Raney (CA) Leinil Francis Yu
Written by Paul Jenkins
Art by Tom Raney
Cover by Leinil Yu
The SIEGE has ended and taken its toll on both sides of the battle field. The event seven years in the making has claimed many lives, and in this, its final chapter, a universe comes together to mourn the Sentry.  The shocking death that ended the fight and gave birth to a new Heroic Age is remembered as a writer Paul Jenkins returns to lead the farewells.
32 PGS./One-Shot/Rated T+...$3.99