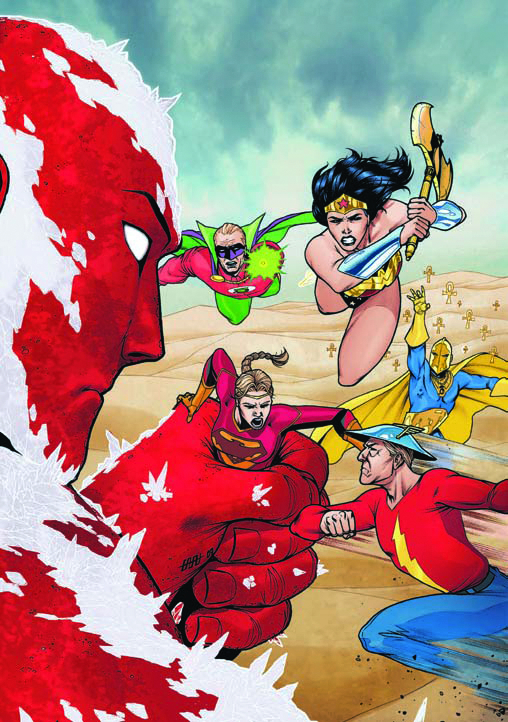 FEB100151
(W) James Robinson, Greg Rucka, Eric Trautmann (A) CAFU, Pere P?rez (CA) Alex Garner
Written by GREG RUCKA & ERIC TRAUTMANN
Co-feature written by JAMES ROBINSON
Art by PERE P REZ
Co-feature art by CAFU
With the fate of both New Krypton and Earth weighing on their young shoulders, are Nightwing & Flamebird prepared to make the ultimate sacrifice? And in the co-feature, Captain Atom has managed to find a way back to Mirabai's world, intent on confronting the woman who made him a tool of destruction - but what stunning revelation awaits him there?