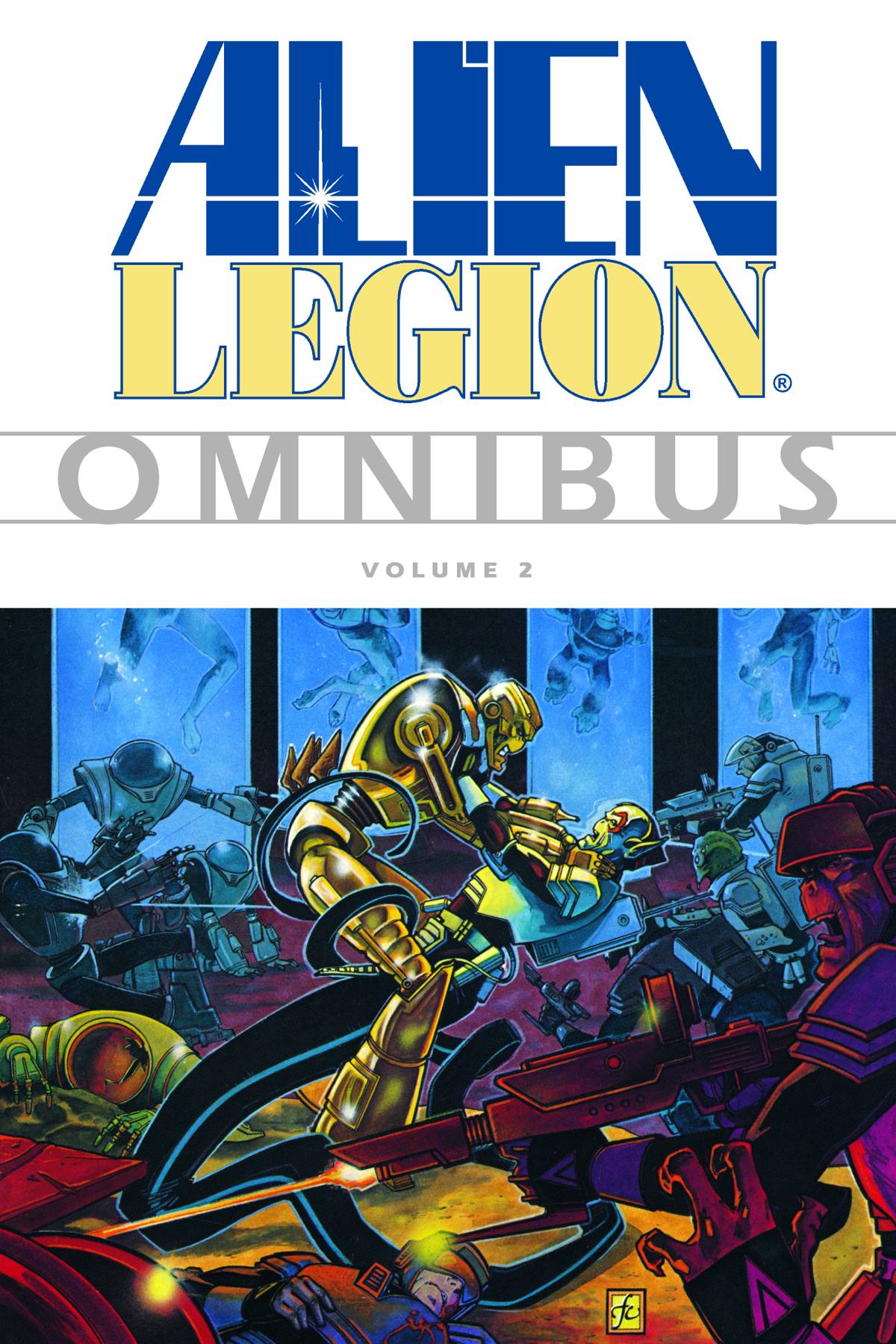 #
FEB100012
(W) Alan Zelenetz, Carl Potts (A) Larry Stroman, Randy Emberlin, Terry Austin (A/CA) Frank Cirocco
The Alien Legion is the most feared fighting force in the Galarchy-and Nomad Squad is the best, and the worst, of the lot. Comprised of the outcasts, dregs, and idealists from three galaxies, the expendable grunts of Nomad jump into a series of intense missions prompted by everything from attacks by biomechanical religious zealots, orders to eliminate a traitorous legion hero, and the personal whims of a Galarchy bureaucrat. The squad is devastated when three veteran legionnaires die-and another faces an even worse fate in a legion "Mindrobber" machine. Nomad's chemistry is further altered with the addition of Tamara, a cosmic valkyrie who catches Lt. Montroc's attention.
Volume 2 features over three hundred story pages and rounds out the first Alien Legion series, including the long-out-of-print A Grey Day to Die graphic novel.
In Shops: Jun 09, 2010
SRP: $24.99
View All Items In This Series