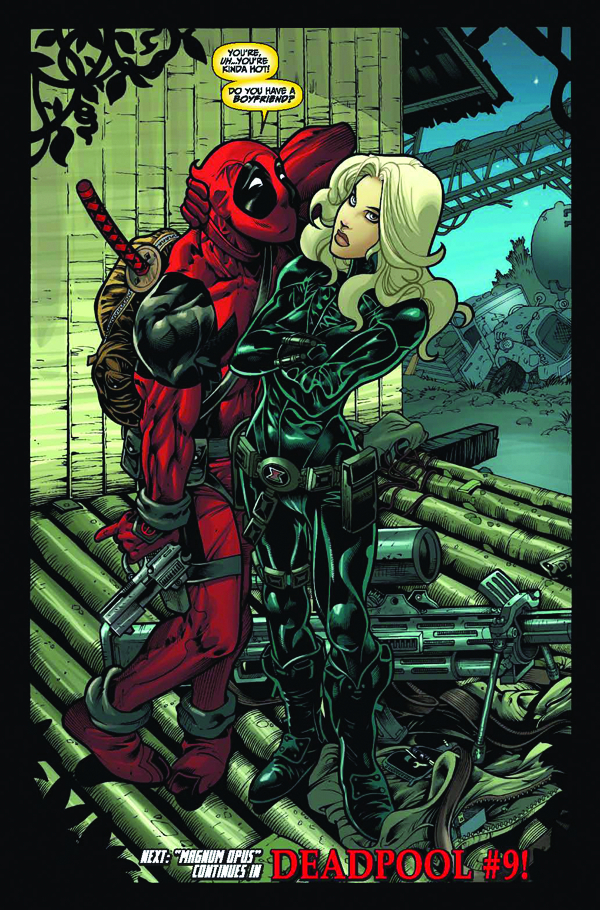 FEB098567
(W) Andy Diggle (A) Bong Dazo (CA) Francesco Mattina
by Andy Diggle & Bong Dazo; variant cover by Roberto de la Torre
From Marvel Comics. "MAGNUM OPUS," PART 2 OF 4 - Crossover with Deadpool! Everyone's favorite Merc with a Mouth has the Thunderbolts in his crosshairs - but don't expect this murderer's row of butt-kickers to lay down! Scheduled to ship 04/29/09. (161)