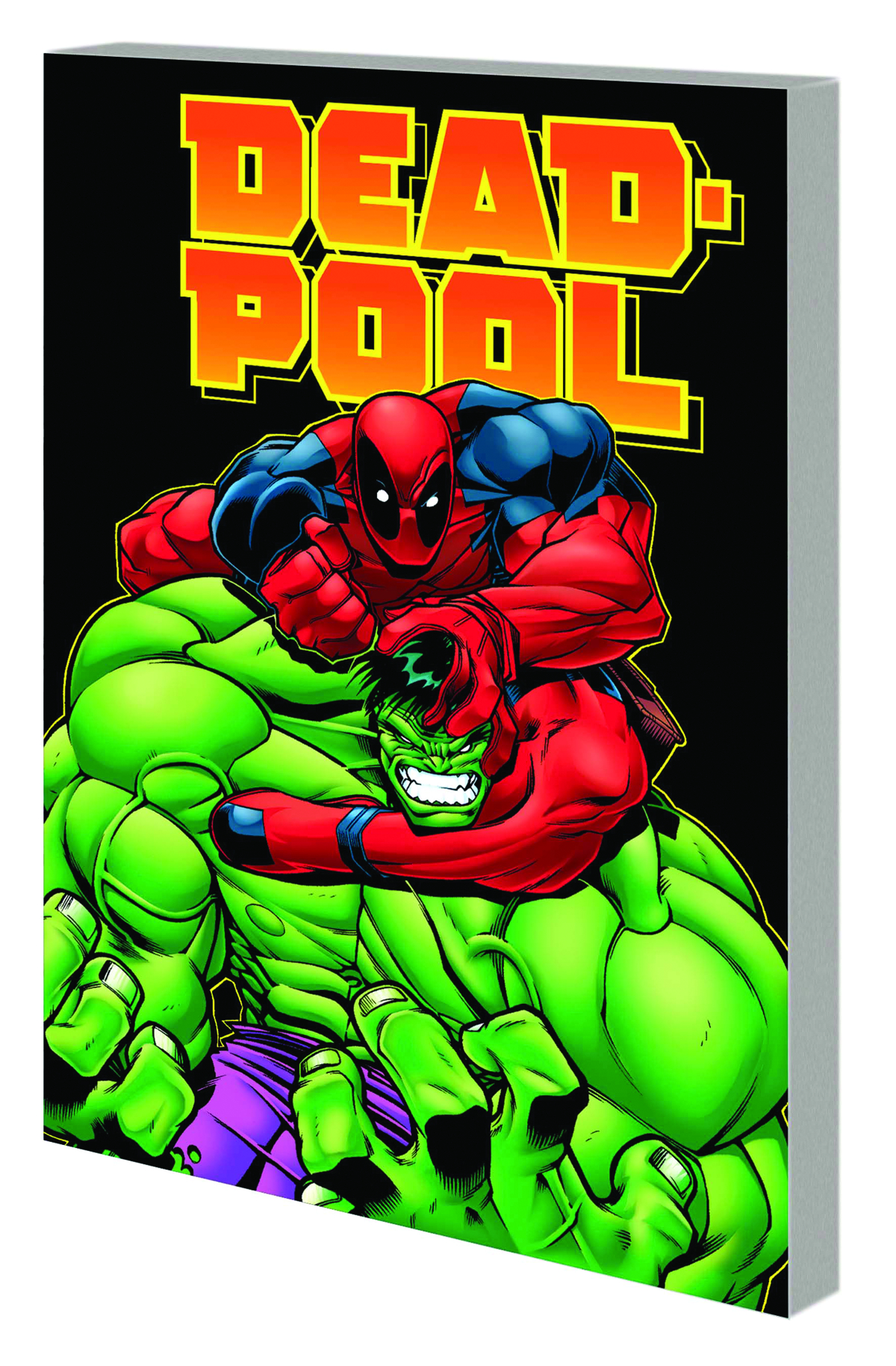 FEB092641
(W) Joe Kelly, Pete Woods (A) Bernard Chang, Shannon Eric Denton, John Fang, Kevin Lau, Aaron Lopresti (A/CA) Ed McGuinness
Written by JOE KELLY
Penciled by ED MCGUINNESS, KEVIN LAU, PETE WOODS,
SHANNON DENTON, JOHN FANG, AARON LOPRESTI & BERNARD CHANG
Cover by ED MCGUINNESS
Landau, Luckman, and Lake want Deadpool to rebuild himself as a hero but he'll be lucky to pull himself together as he is! His healing factor's down, and the only thing that'll juice it up is a dose of the Incredible Hulk's blood  administered by the Weapon X alumnus who helped make Deadpool what he is in the first place! Not even mad science can mend a torn heart, though, as Deadpool's infatuation with X-Force's Siryn (later of X-FACTOR) is challenged by Typhoid Mary who turns heads as easily as she cracks skulls! When she sets off on a grudge match against Daredevil, can Deadpool contain a killing machine even more off kilter than he is? Also featuring wily weapon-boy Weasel, hostage extraordinaire Blind Al and the Taskmaster, later of AVENGERS: THE INITIATIVE! Collecting DEADPOOL #2-8 and #-1, and DAREDEVIL/DEADPOOL ANNUAL 1997.
256 PGS./Rated T+ ...$29.99