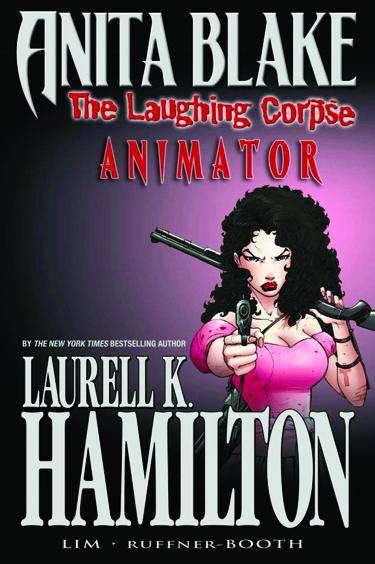 FEB092613
(W) Laurell K. Hamilton, Jessica Ruffner-Booth (A/CA) Ron Lim
Written by LAURELL K. HAMILTON
Penciled by RON LIM
Covers by RON LIM
Anita Blake is back in the second volume of Marvel's comic adaptation of Laurell K. Hamilton's bestselling series of novels! What would you do for a million dollars? Would you resurrect a two and one half century old corpse?  Harold Gaynor poses just that question to Animator and part-time vampire hunter, Anita Blake...  Plus, some crime scenes are even too horrible
for a vampire slayer... and the worse they are, the more questions they raise. Collecting ANITA BLAKE: THE LAUGHING CORPSE - BOOK ONE #1-5.
112 PGS./Mature ...$19.99