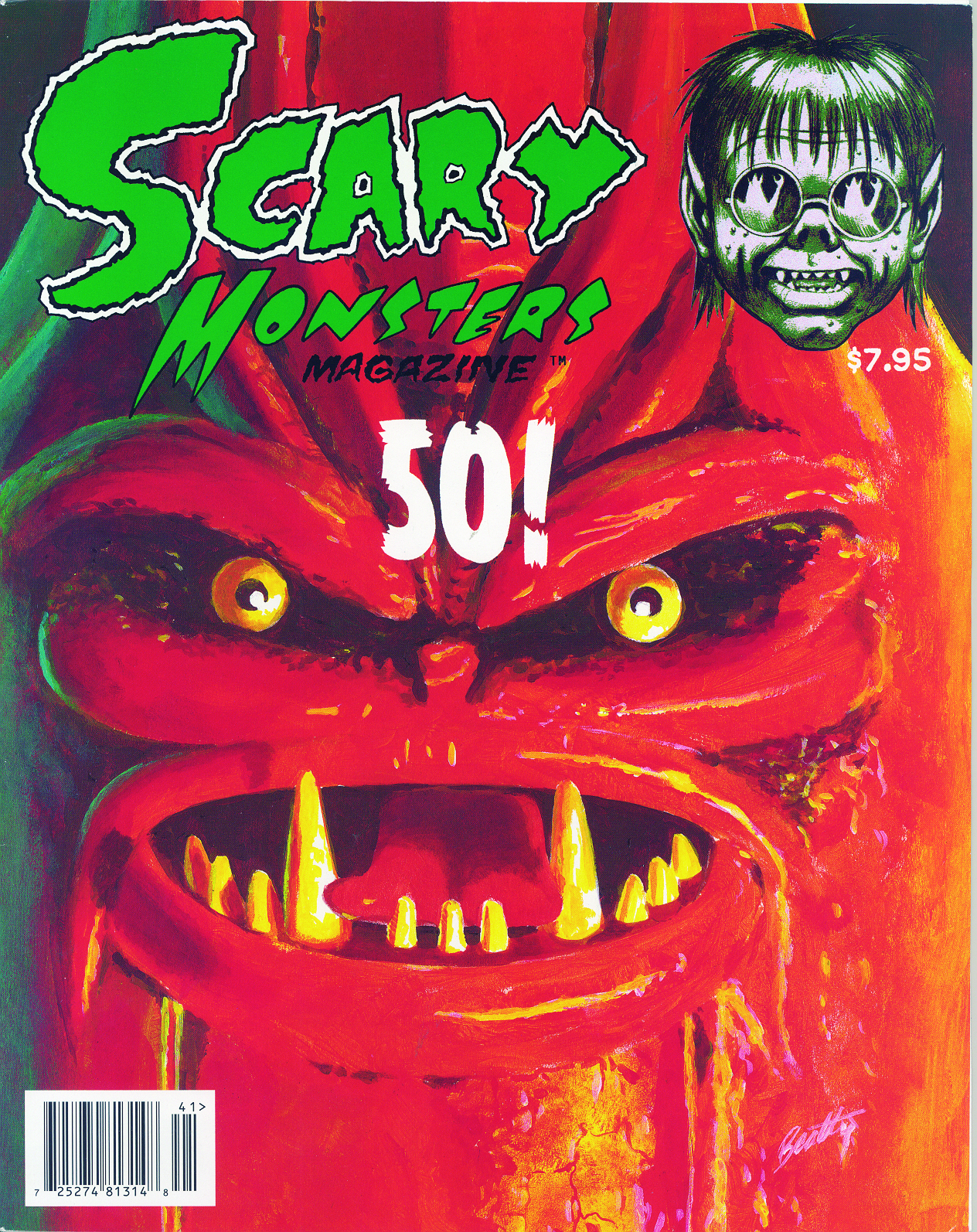 FEB084211
This spring, Scary Monsters dedicates its latest scary issue to Charles Griffith. Screenwriter Charles Byron Griffith wrote some of our favorite Scary Movies, including:  It Conquered the World, Not of this Earth, Attack of the Crab Monsters, Little Shop of Horrors, The Undead, Bucket of Blood and countless others! A special 2-part interview with Charles (conducted shortly before his untimely death) begins in this issue. Film Producer Richard Gordon - responsible for such classics as The Haunted Strangler, Fiend Without A Face, and Tower of Evil - is also interviewed! Plus: "The Cosmic Drive-In" explores Wisconsin drive-ins in Part IV of a 5 part series; we travel to "The Weird, Weird West" to view Western horror films; and "Godzilla's Millinneum Years: Post-2000 Big G" Part 2 looks at Godzilla/Mothra/King Ghidorah: Giant Monsters All-Out Attack!