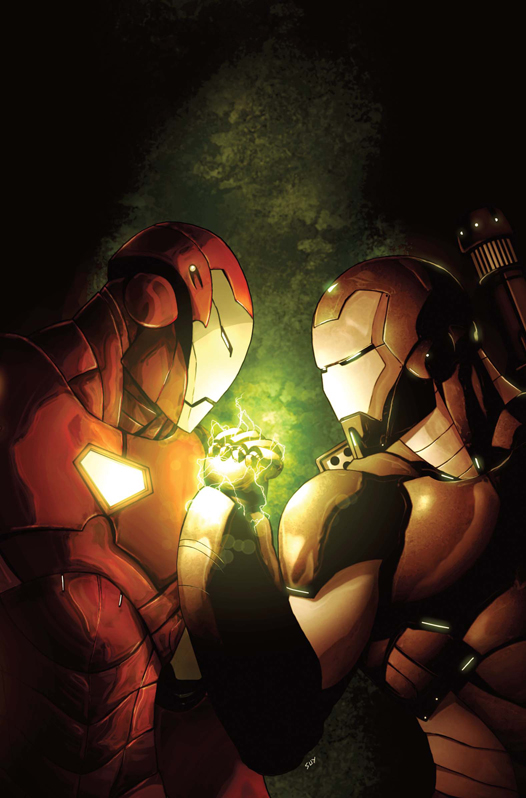 FEB082218
(W) Christos N. Gage, Dan Slott (A/CA) Steve Uy
Written by DAN SLOTT & CHRISTOS GAGE
Pencils & Cover by STEVE UY
"CHANGING OF THE GUARD"
Daddy's home.  IRON MAN comes to Camp Hammond, and he's NOT happy.
The first year of the Initiative comes to a dramatic close as members are laid to rest, drummed out, declared AWOL, or...awarded their full Hero's License.  See who graduates and find out what super-teams they'll be assigned to as the NEXT era of the Initiative begins!  Plus: as a new 3-D MAN appears, the base is suddenly short one Skrull...but not how you'd think...
Also guest-starring MS. MARVEL!
32 PGS./Rated T+ ...$2.99