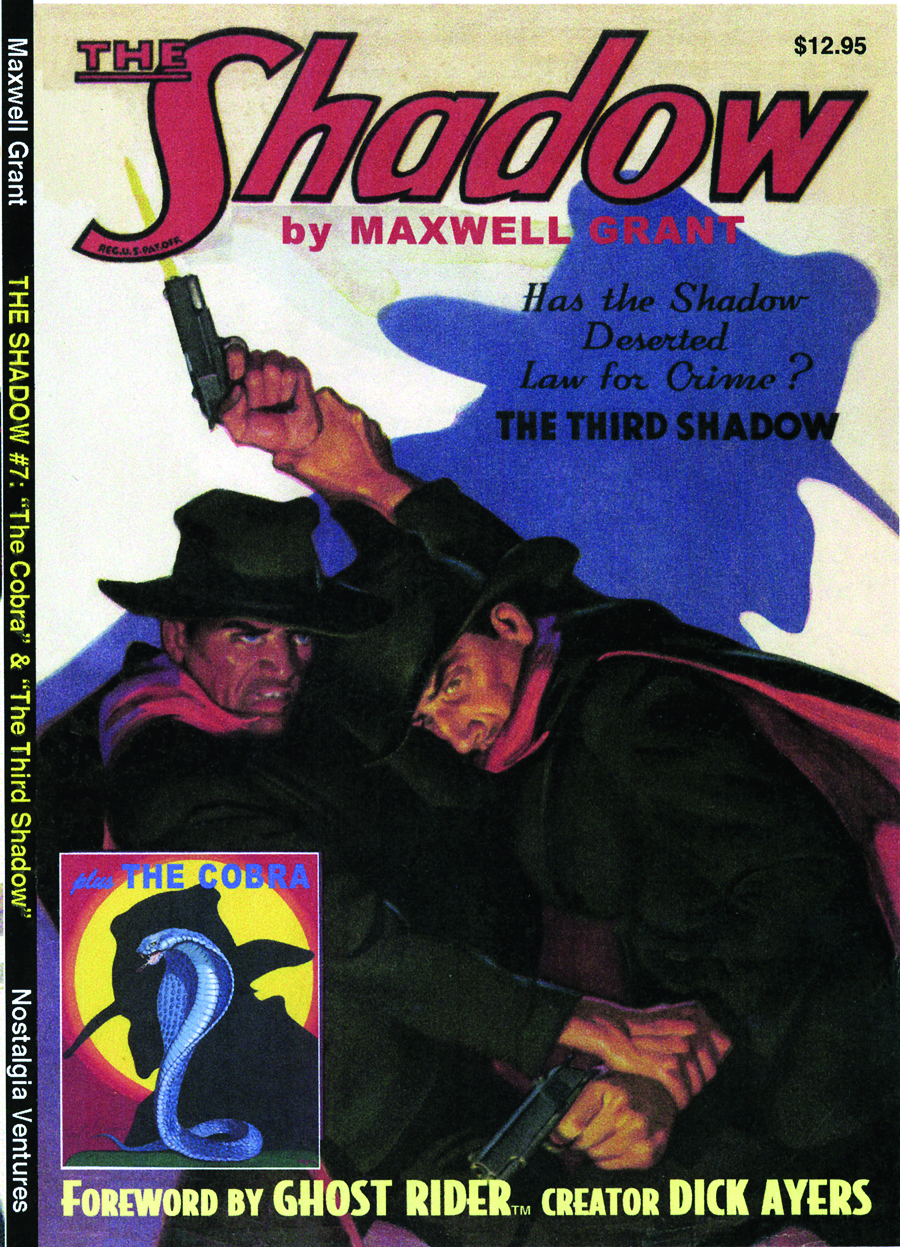 FEB073913
(W) Maxwell Grant Walter Gibson (A) Tom Lovell (CA) George Rozen
Walter Gibson's Master Avenger returns in two of The Shadow's most memorable mysteries. A new crimefighter called The Cobra decimates the Manhattan underworld in a murderous war on organized crime. Has The Shadow finally met his match, or will he be forced to de-fang a human snake? Then, the Knight of Darkness confronts not one but two sinister doppelgangers in "The Third Shadow." Which Shadow will have the last laugh?