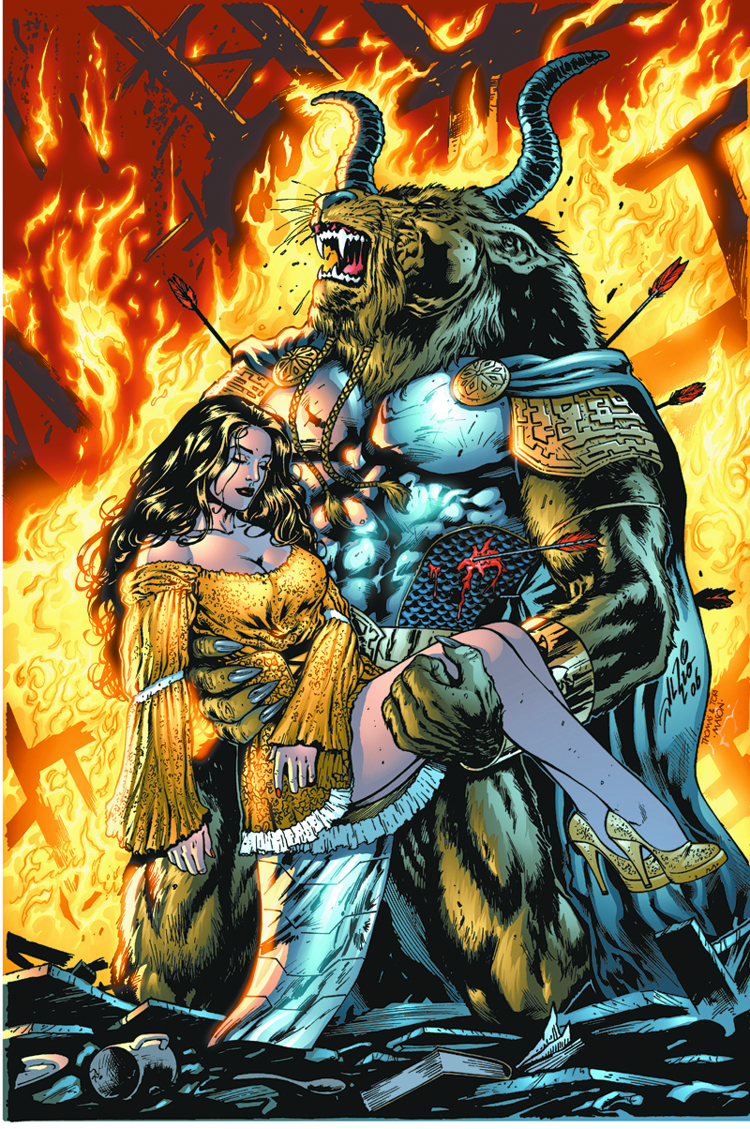 FEB073885
(W) J. C. Tyler (A) Tommy Castillo (CA) Al Rio
by Tyler, Castillo, & Rio
After being dumped by his former girlfriend and embarassed by a new boyfriend, Drew is out to get some revenge no matter what the cost. Even an intervention by Sela and a trip to her fairy tale world seem to have little effect in changing his self destructive course. If he can't have his Beauty, than no one else will have her either. Will the Beast learn to control his anger before he destroys not only himself, but everything around him?