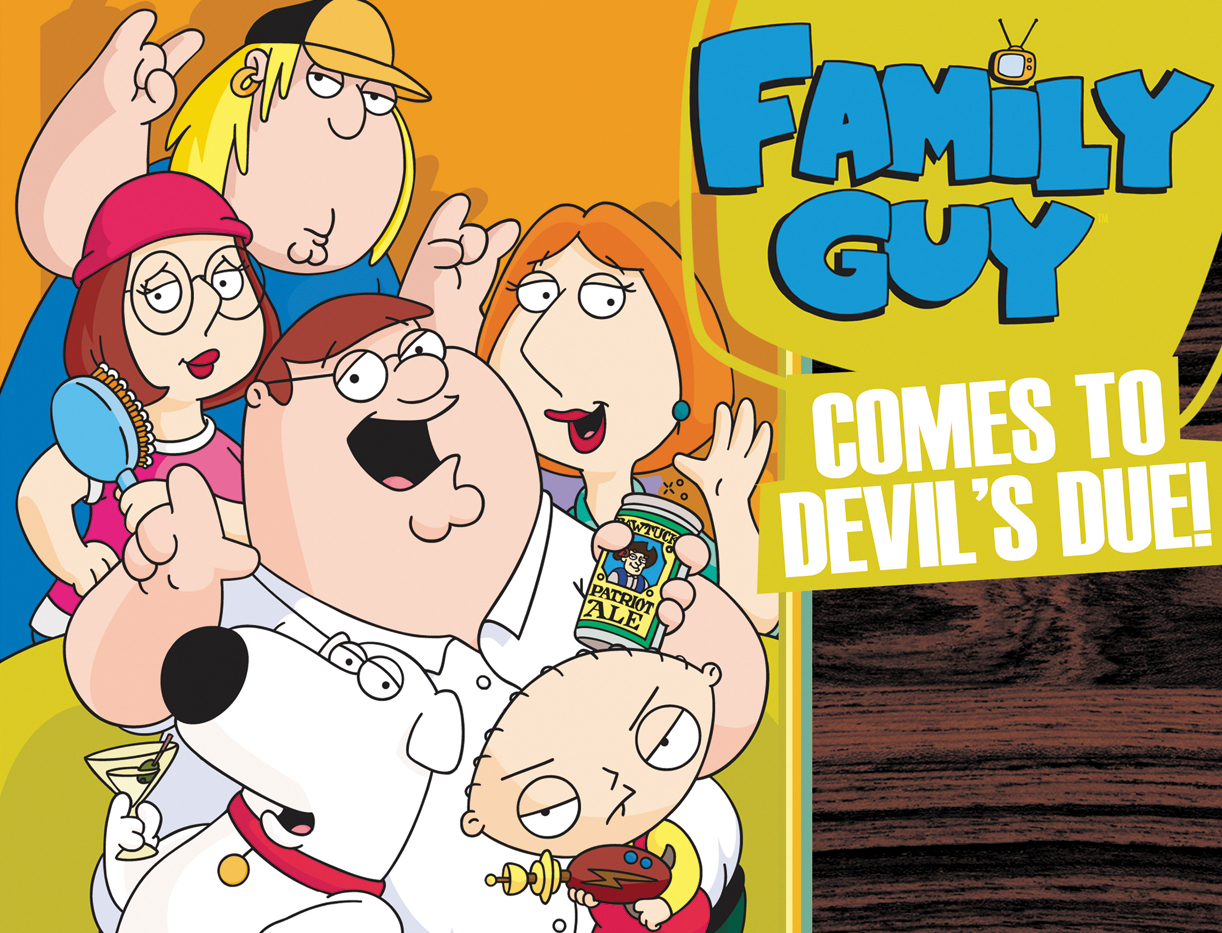 FEB062980
(W) Matt Fleckenstein (A) Benjamin Phillips (CA) Seth MacFarlane
The Family Guy steps out of the TV screen and into a new bimonthly series from Devil's Due!  Each of the three volumes in this series focuses on one of the star characters, and their views on life...  however skewed they may be!  Want advice from Peter or Stewie?   Probably not, but they're going to give it to you anyway!  IN between these hilarious one-on-one segments are stories rivaled only by the TV show itself.  Written by Matt Fleckenstein, staff writer for the animated series!