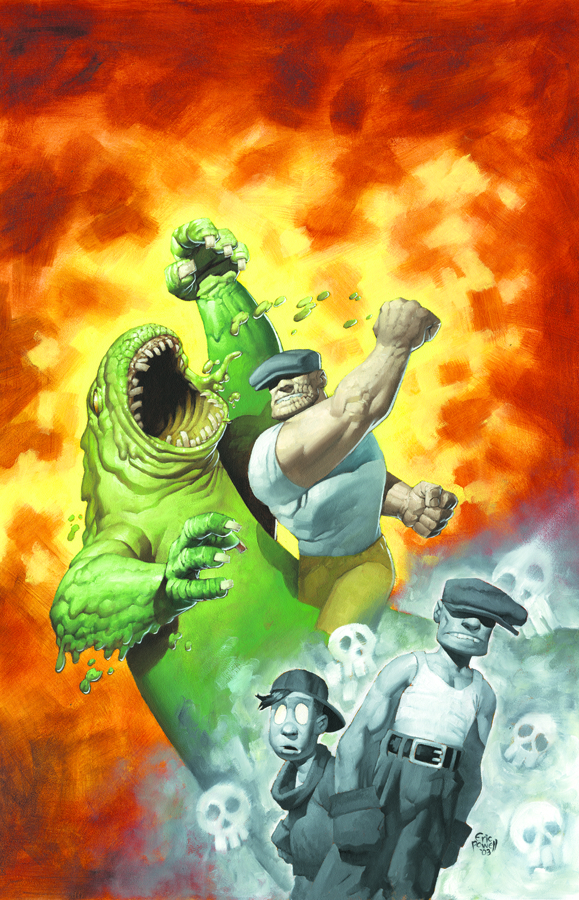 FEB040029
(W) Eric Powell (A/CA) Eric Powell
ERIC POWELL (W/A)
On sale May 5, SC 128pg, FC
The Goon and Franky have been best friends ever since they was tykes. Find out how the two little ankle-biters became best pals, and how they muscled their way into the rackets of big-time crime-boss, Labrazio-who, incidentally, nobody's seen in a while. This trip down memory lane ain't gonna be no joyride, neither. Franky and the Goon are going to have to take on a horde of zombies, an army of hoboes, a couple of grave robbin' mongoloids, a guy with a gold head and his killer robot, a pie-crazed skunk ape, one homely, man-crazy sea hag, and whole lot of other things that smell just as bad if not worse. Pick up a copy, because those uptown rich people may have the cops and their G-men, but down here all we got is the Goon! Collecting issues #1-4 of the Dark Horse series, plus the 8-page story from Drawing on Your Nightmares; "The Brothers Mud."