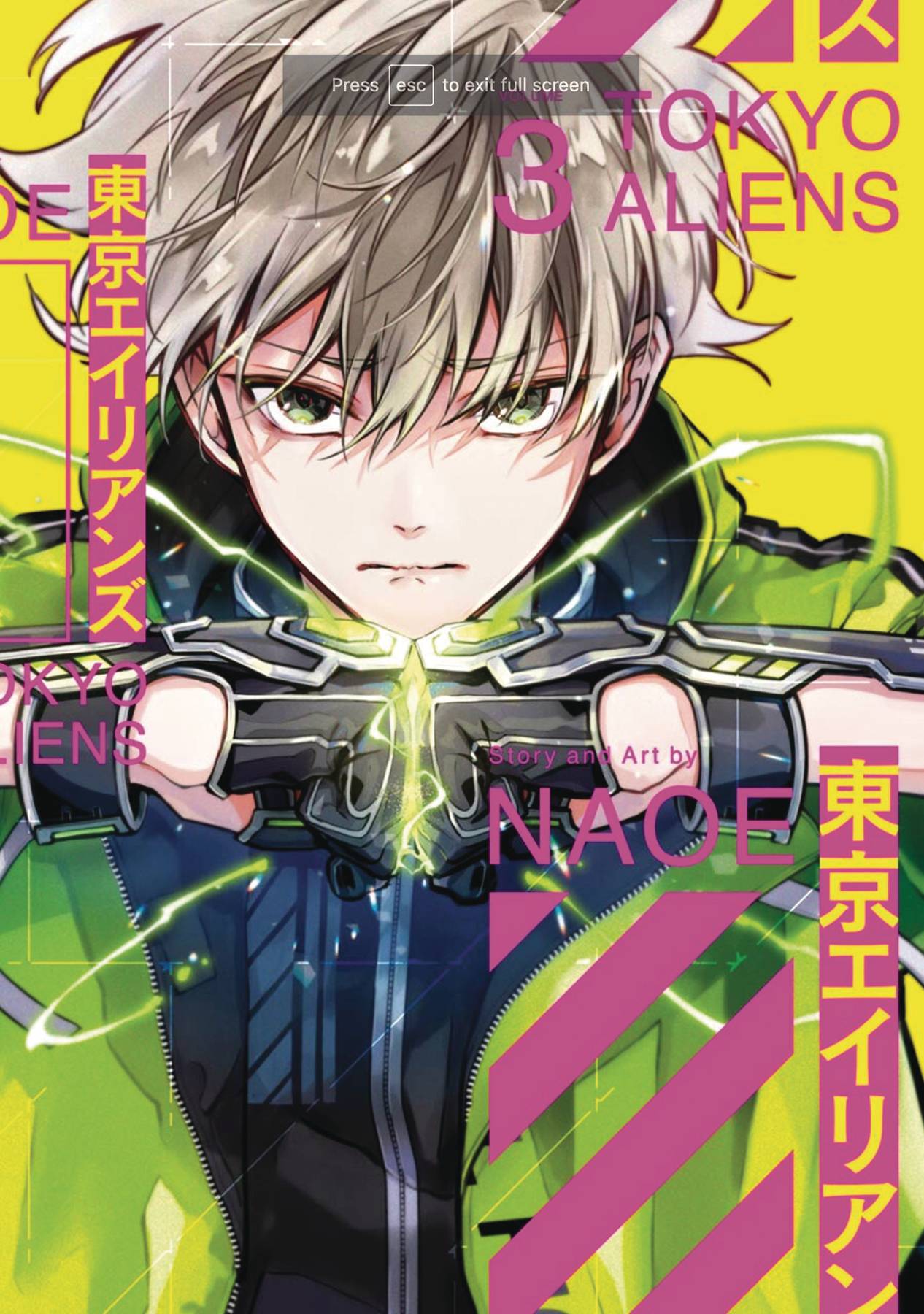 #
DEC222016
(W) Naoe (A) Naoe
This thrilling sci-fi fantasy series welcomes you to Japan, a top ten destination for extraterrestrials looking for refuge, relaxation, a good time, or just to raise a little hell!

Join one unsuspecting Tokyoite as he discovers that intergalactic tourist relations can prove to be a lot more dangerous than they seem!

Akira's gig as an alien's bodyguard gets a lot harder when an intergalactic assassin attacks, putting his partner Sho in mortal danger. Akira will have to get over his nerves and summon every bit of courage he has inside him to stand up to an opponent he never, ever imagined he'd face!

Secrets are about to come to light that will rock Akira to his core and shake the very foundation of space and time!
In Shops: May 10, 2023
SRP: $12.99
View All Items In This Series
ORDER SUBSCRIBE WISH LIST