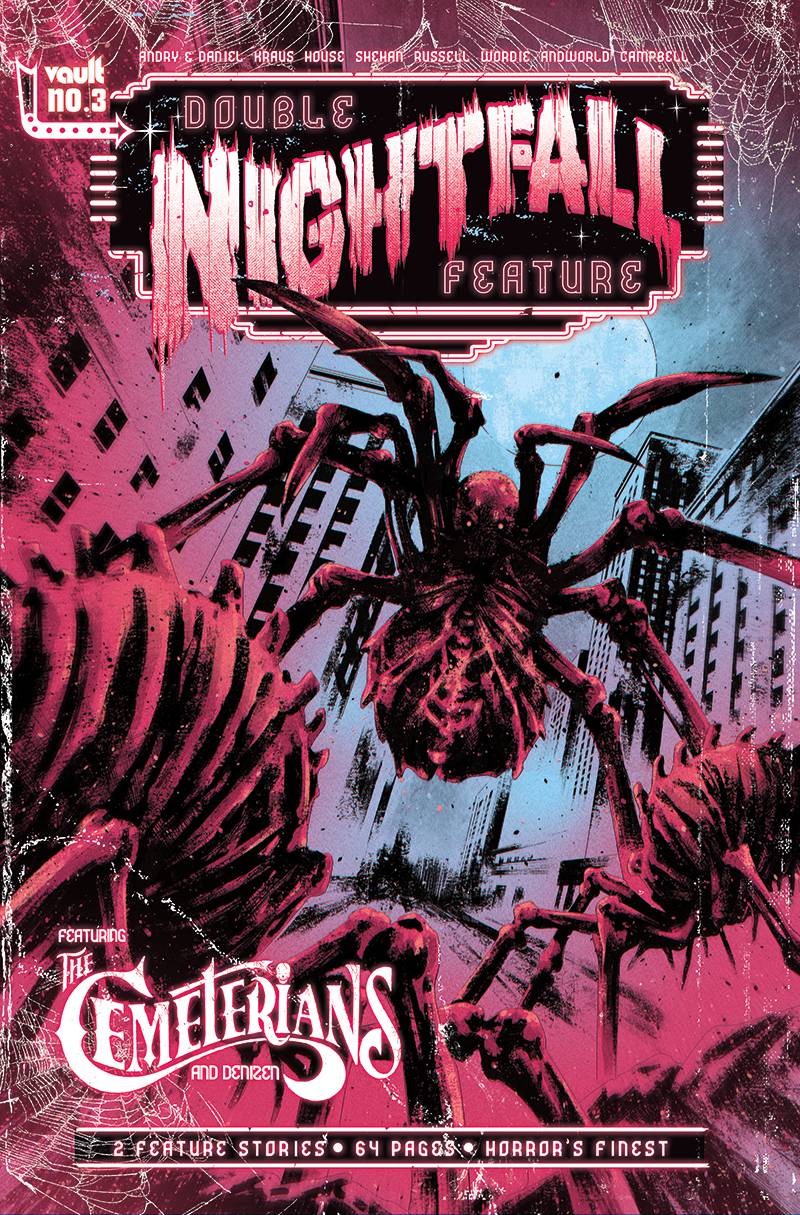 #
DEC221727
(W) Tim Daniel, Daniel Kraus, David Andry (A) Chris Shehan (A/CA) Maan House
Cemeterians: As the world's cemeteries erupt in bizarre earthquakes, Ivy and Alan flee the riot-torn city to ask a long-dead Civil War lieutenant what has happened to the afterlife. Soon, they see for themselves, as something monstrous emerges from the soil.

Denizen: Helene's already fragmented mind continues to splinter when she is haunted by terrible visions of her past. The dagger's deadly power reveals itself to Maya. Lily discovers the key to saving her mother, but a throng of desert specters stand in her way. With Richard powerless to stop them, Helene and Maya enter the camper, perhaps to fall under the power of the dark denizen that lurks inside forever.
In Shops: Mar 15, 2023
SRP: $7.99
View All Items In This Series
ORDER SUBSCRIBE WISH LIST