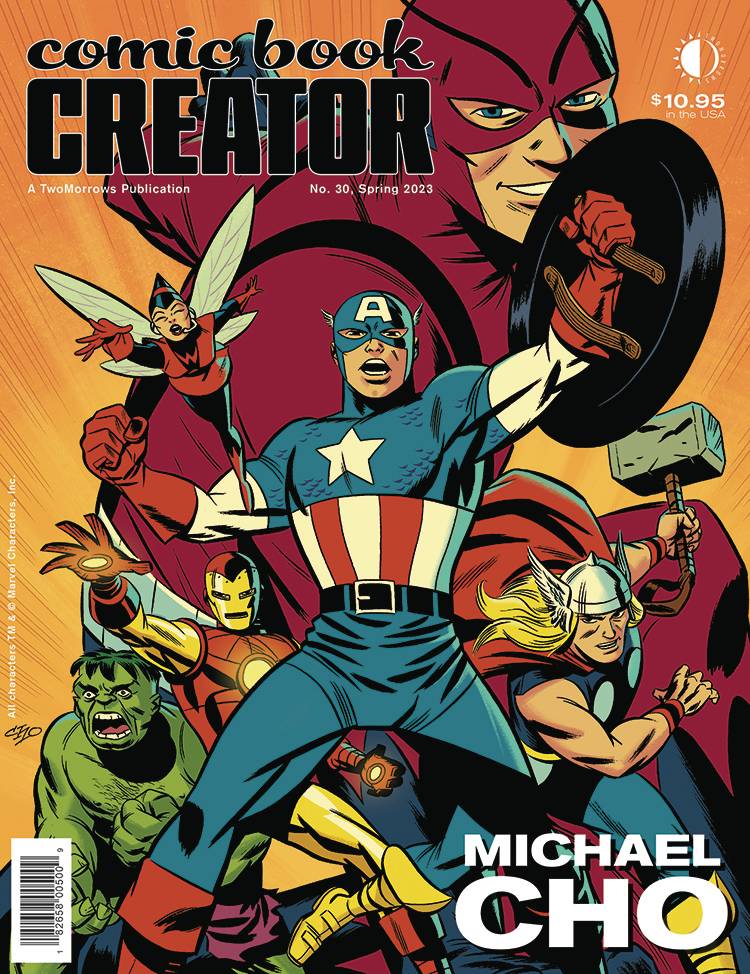 #
DEC221702
(W) VARIOUS (A) Various (A/CA) Michael Cho
CBC #30 features the life and brilliant work of Michael Cho, Canadian comic book artist, illustrator, and graphic novelist, in a career-spanning interview and art gallery. His story "Trinity" was selected by editor Neil Gaiman for The Best American Comics anthology and Cho's poignant graphic novel, Shoplifter, received rave reviews. Also, we a chat with the publisher of one of the earliest graphic novels, Will Eisner's A Contract with God, Baronet Books' Norman Goldfind. Plus, this issue showcases a reprinting of a 1974 trade magazine look at Jack Adler and the DC Comics production department's process of reprinting Golden Age material. Also, The Funny Pages, a rarely-seen color newspaper tabloid that highlighted the work of Robert Crumb and many other underground and mainstream cartoonists, is examined in-depth by its editor Ron Barrett.