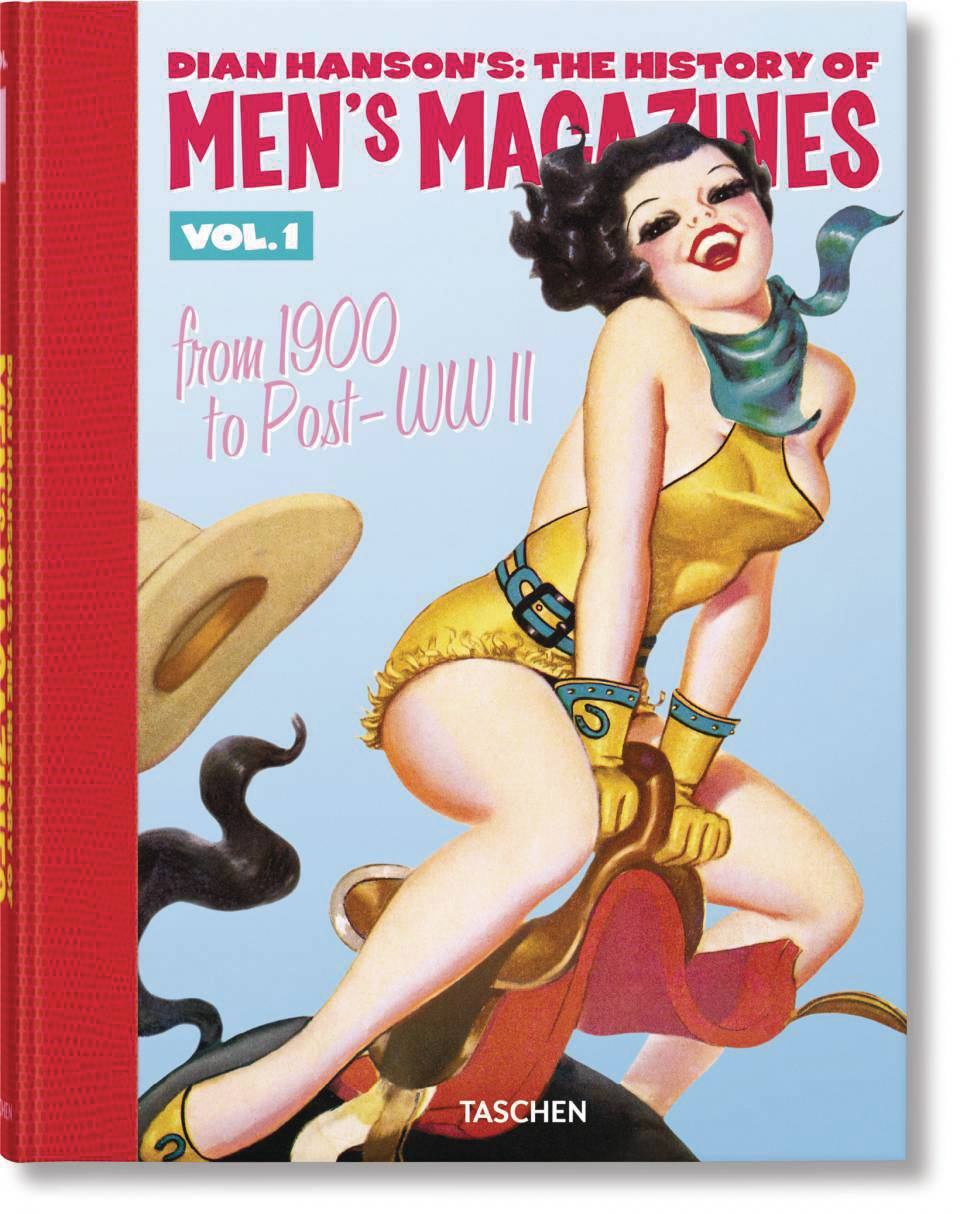 #
DEC221685
(W) Various (A/CA) Various
The first commercial camera was introduced in 1839. By 1865 technology enabled ordinary men to create photographic negatives, and they immediately began taking and distributing photos of naked women. The French led the way, and it was the French who produced the first nude magazines in 1880. Newsstand magazines followed, and the elegant La Vie Parisienne (Paris Life), full of sexy fiction and illustrations, debuted in 1914. It might all have stayed in Paris if not for WWI, when German and American troops carried the magazines home. American Wilford Fawcett launched Capt. Billy's Whiz Bang (named after a WWI bomb) in 1919, helping launch the first sexual revolution of the 1920s, leading to SEX magazine from birth control pioneer Margaret Sanger. The 1930s economic depression boosted demand for cheap escape, and men's magazines delivered. There were film magazines of sexy starlets; "model study" art magazines; hardcore comics called Tijuana Bibles; "spicy" fiction digests with sexy painted covers; and detective titles of bad dames. When another world war erupted it required pinup magazines for fighting men, and after the war new men's magazines rose from the ashes. Volume 1 of this series features over 700 covers and photos from France, Germany, the U.S., England, Turkey, Austria, Spain, Argentina and more, plus informative text.
In Shops: Feb 15, 2023
SRP: $70.00
View All Items In This Series
ORDER SUBSCRIBE WISH LIST