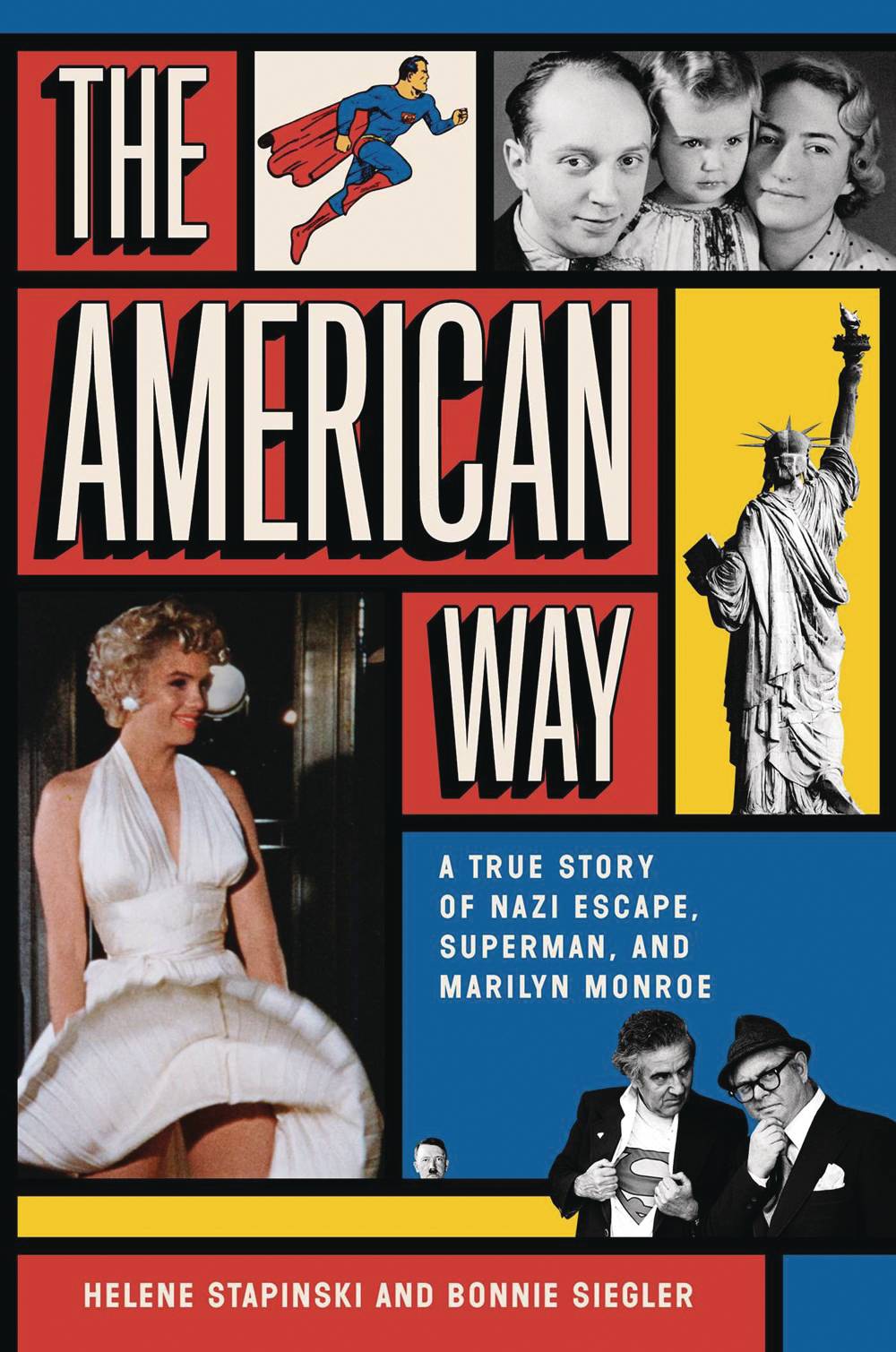 #
DEC221653
(W) Helene Stapinski, Bonnie Siegler
Family lore had it that Bonnie Siegler's grandfather crossed paths in Midtown Manhattan late one night in 1954 with Marilyn Monroe, her white dress flying up around her as she filmed a scene for The Seven Year Itch. Jules Schulback had his home movie camera with him, capturing what would become the only surviving footage of that legendary night. Bonnie wasn't sure she quite believed her grandfather's story... until, cleaning out his apartment, she found the film reel. The discovery would prompt her to investigate all of her grandfather's seemingly tall tales-and lead her in pursuit of a remarkable piece of forgotten history bridging old Hollywood, the birth of the comic book, and the Holocaust. The American Way is a vivacious story of two very different men both striving to make their way in New York, their lives intersecting with a glittering array of luminaries, from Billy Wilder and Joe DiMaggio to Superman creators Joe Shuster and Jerry Siegel.
In Shops: Feb 08, 2023
SRP: $28.99
ORDER WISH LIST