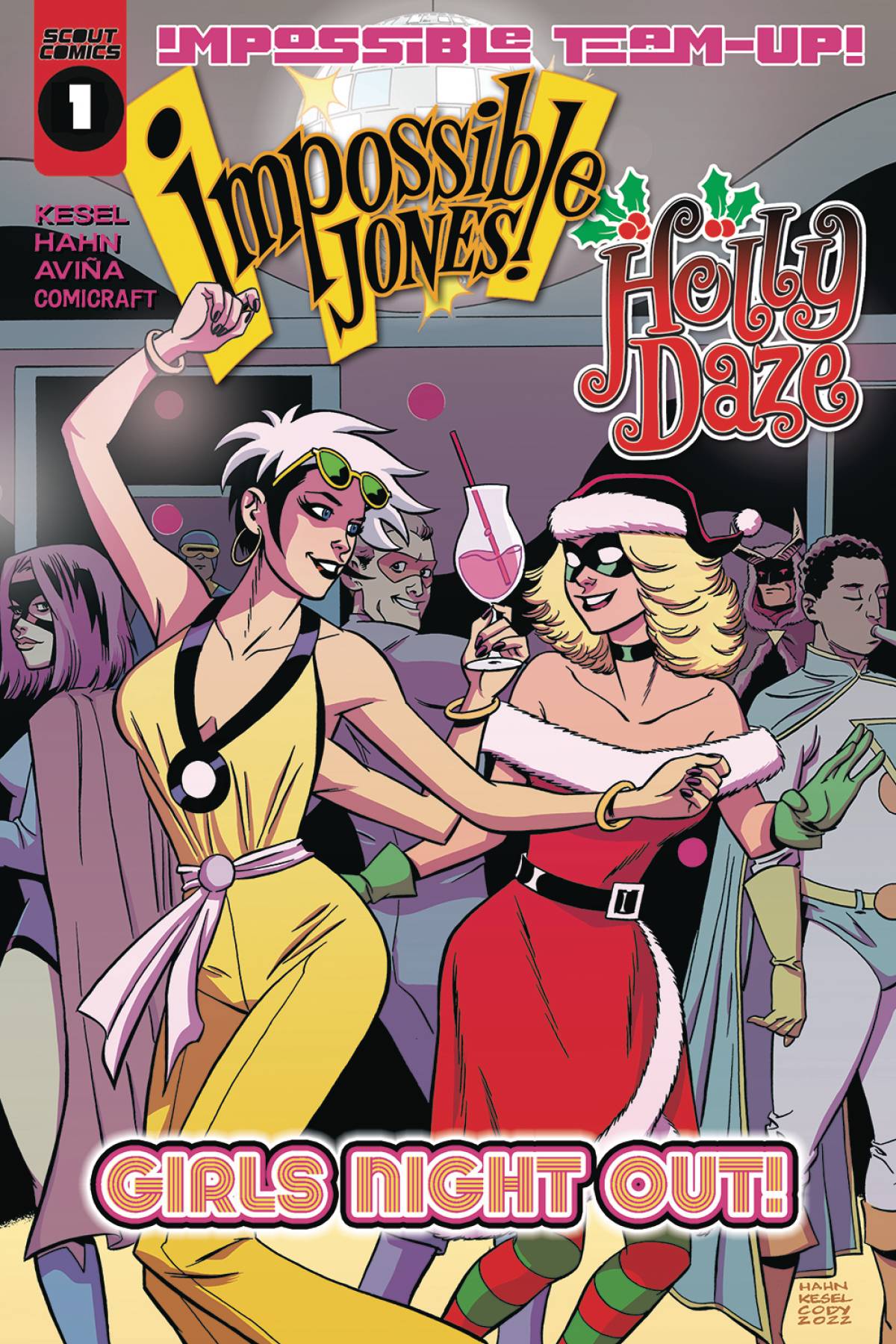 #
DEC221634
(W) Karl Kesel (CA) Karl Kesel (A/CA) David Hahn
Impossible Jones (a thief pretending to be a hero) and Holly Daze (a former hero, now a thief) join up for a Girls' Night Out of drinking, dancing... and danger! With Holly's ex, Krampus, lurking in the shadows, Imp learns that sometimes the only thing harder than being enemies-is being friends! Added bonus: first glimpse into the secret Dark Files being kept on Impossible Jones and other crime-fighters and criminals in New Hope City!
In Shops: Feb 15, 2023
SRP: $4.99
ORDER WISH LIST